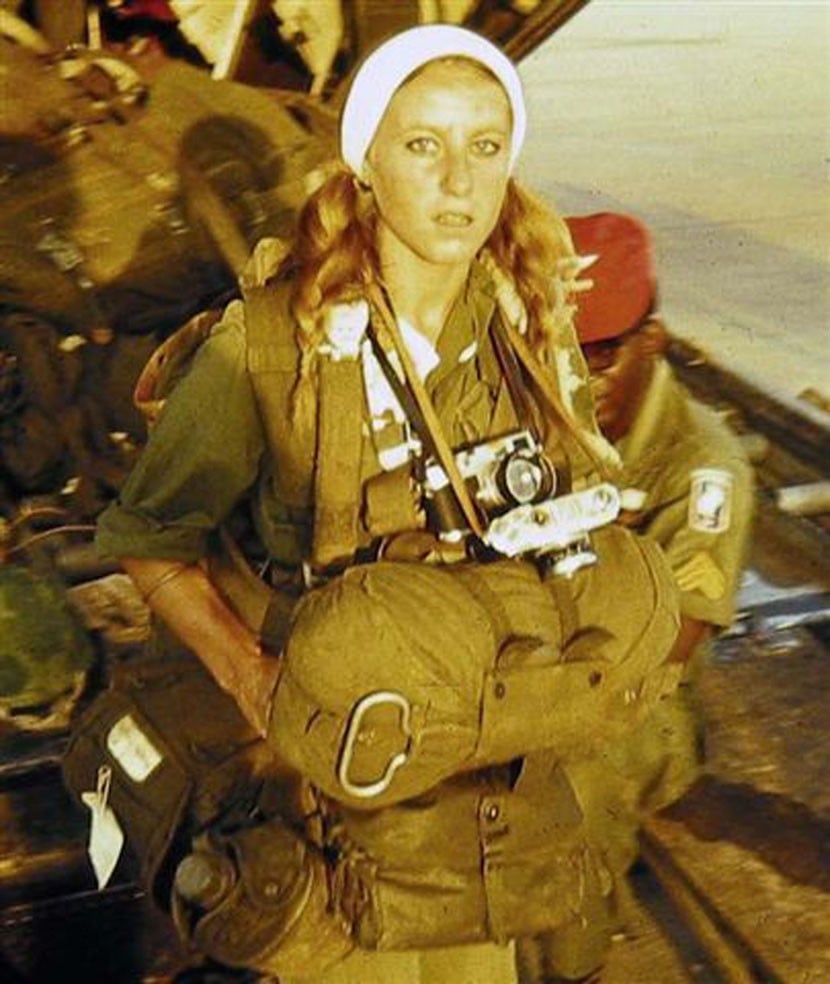 In 1968 Catherine Leroy, one of the first female combat photographers of the Vietnam War era. Many American soldiers along with male war correspondents were shocked to see Leroy in 1966 when she landed in Vietnam on a one-way ticket from Paris through Laos to Saigon, with her small Leica in hand. She was only 21 (or thereabouts) and her diminutive presence, at five feet tall and less than 90 pounds, didn’t match the profile of the average foreign war correspondent. As a Parisian girl growing up in a convent school she said that she weekly studied each new Paris Match magazine. When she was much older and reflecting upon her career Leroy said in an interview that as a child, “Photojournalists were my heroes. When I looked at Paris Match as a girl, to me that was an extraordinary window to the world.” Influenced by the magazine’s strong photojournalism and images of conflict on its pages, Leroy knew even then that she wanted to photograph war. And there was one going on at the time, in Vietnam. 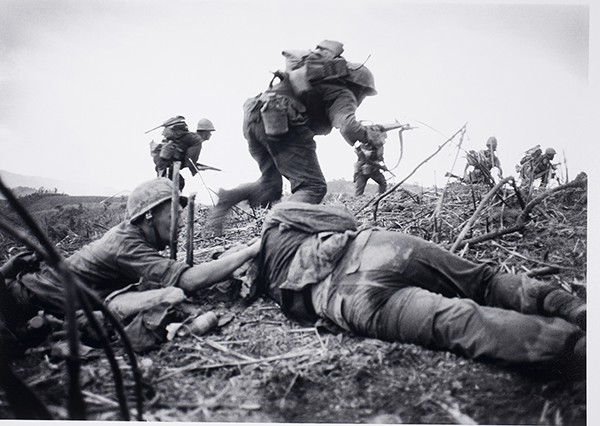 She worked in the tradition of Margaret Bourke-White and Robert Capa. In Vietnam, she was cool under fire and one of the few woman photographers in the thick of the fighting and dying. Like Capa, she wanted to show war up close and personal. In one of her photographic sequences from Vietnam (1967), corpsman Vernon Wike applies first aid to a downed buddy, listens for a heartbeat, and then looks up from the body with an anguished and confused look having realized that the Marine is dead. The last photo shows the dead Marine alone – the landscape destroyed and the horizon blank. The series is a powerful reality check about the Vietnam War. 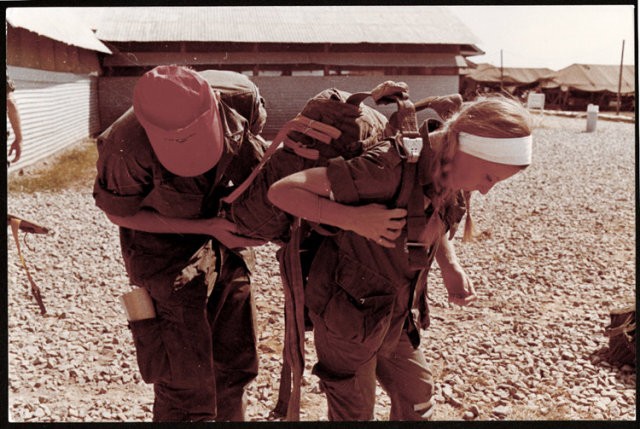 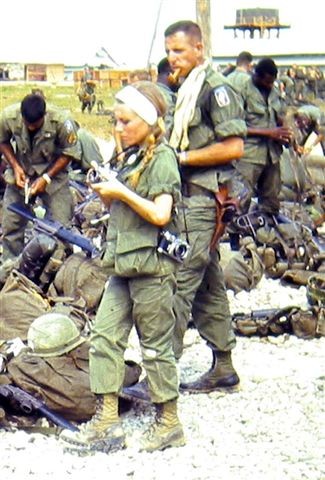 And Leroy didn’t just photograph the war from the sidelines - she jumped in feet first, literally. Becoming the only known accredited journalist – male or female – to jump into combat with American troops at war. Thanks to a former boyfriend who taught her how to sky dive, in 1967 she was a licensed parachutist when she joined up with the 173rd Airborne Division and jumped along with them into combat as part of Operation Junction City. Two weeks after the battle for Hill 881 she was wounded with a Marine unit near the DMZ. In 1968, during the Tet Offensive she was captured by the North Vietnamese Army. She managed to talk her way out and surprised her NVA Regular captors by photographing and interviewing them when they returned her cameras as they released her from detention. The photograph ended up on the cover of Life magazine. 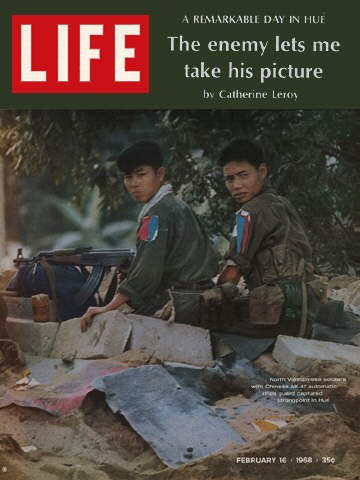 LeRoy Woodson Jr, the editor of Military Week remembers a story that Leroy told him many years later when they talked in Paris in 1981. It’s her story about the day that Martin Luther King Jr. was assassinated in 1968 and she happened to be in the New York offices of Look magazine. “The Look magazine photo editor asked her to go to Harlem to take reaction pictures,” Woodson says. “So Cathy, her blond pigtails and her Leicas in hand, set off for Harlem at this highly sensitive and charged moment. On arrival she got into trouble almost at once. She was surrounded by a hostile crowd that wanted to relieve her of her Leicas. It was a tense moment, when suddenly a voice penetrated the crowd: ‘Cathy, what are you doing here?’ It came from a member of the 173rd Airborne Brigade with whom she had made a combat jump the previous year. He rescued her and took her home to his Mamma for a home cooked meal.” 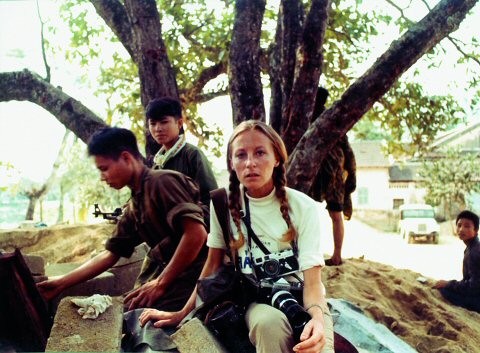 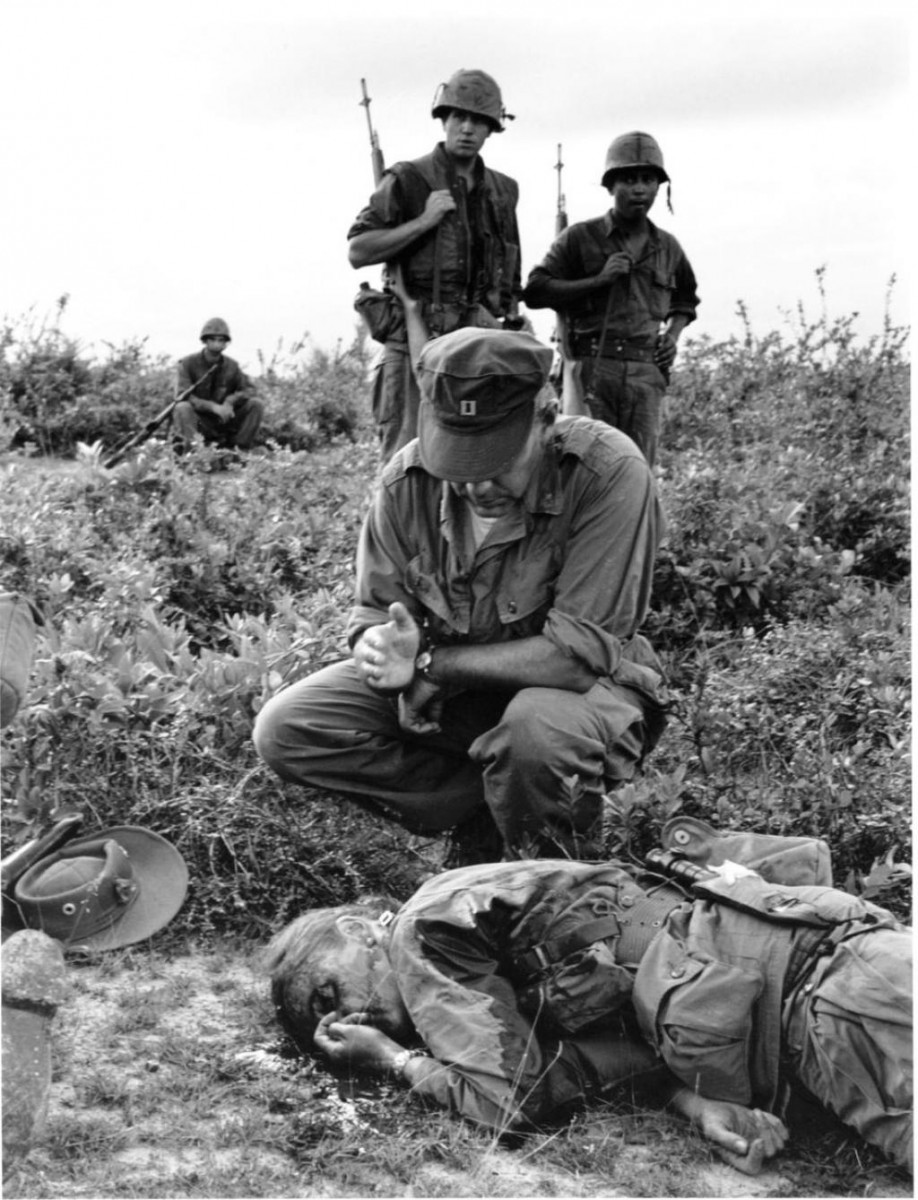 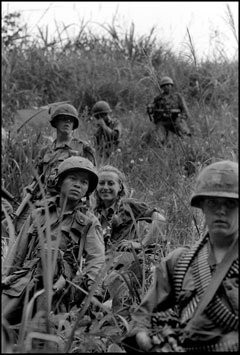 After Vietnam, she covered conflicts in several countries, including Northern Ireland, Cyprus, Somalia, Afghanistan, Iraq, Iran, Libya and Lebanon. After her experiences in Beirut she swore off war coverage. Leroy won numerous awards for her work, including in 1967 the George Polk award, Picture of the Year, The Sigma Delta Chi and The Art Director's Club of New York. She was the first woman to receive the Robert Capa Gold Medal Award – "best published photographic reporting from abroad requiring exceptional courage and enterprise" – for her coverage of the civil war in Lebanon, in 1976. In 1997, she was the recipient of an Honour Award for Distinguished Service in Journalism from the University of Missouri.