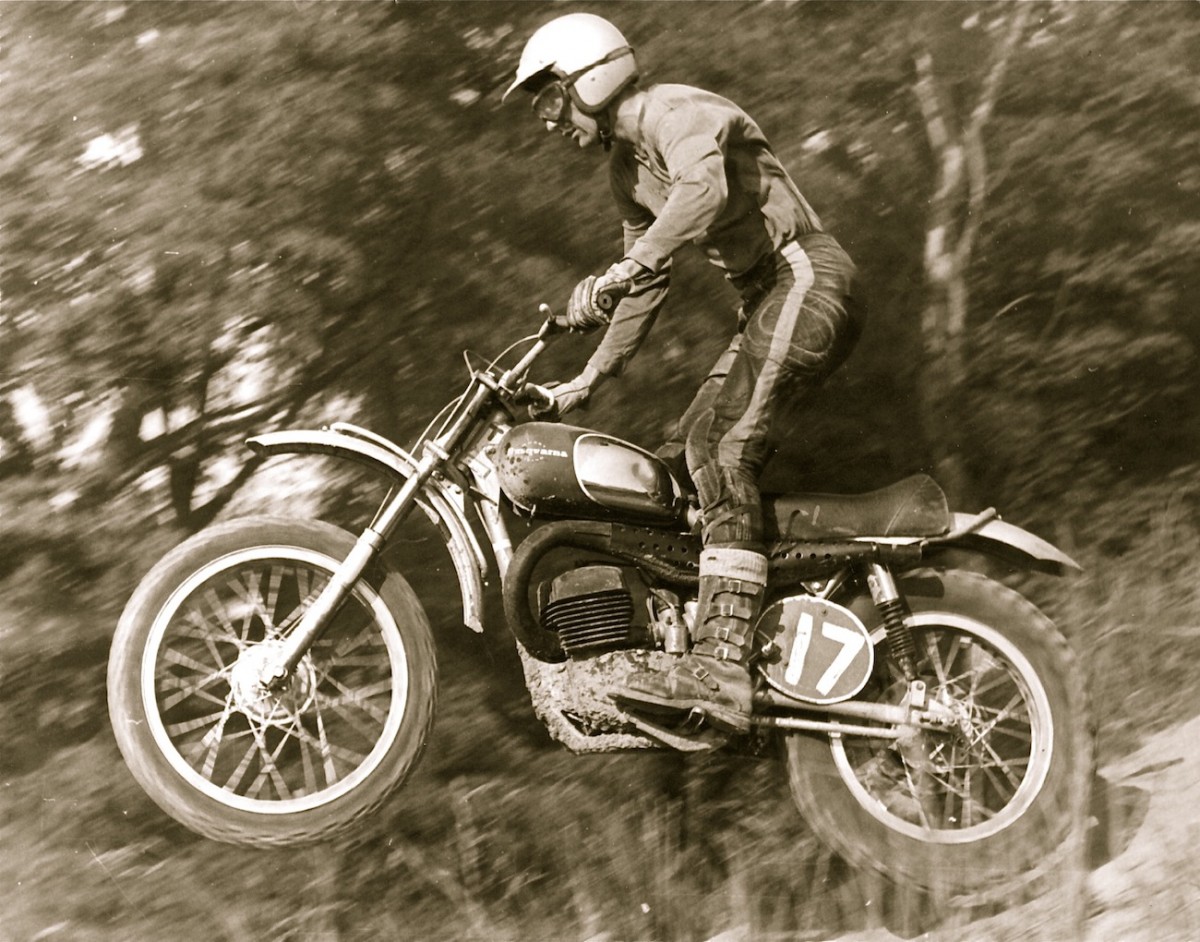 Perhaps no other motorcycle in the history of off-road racing made such an impact as the Husqvarna 250. In 1966 the 250 Husqvarna was the lightest, fastest motocross/off-road bike in the world, and would be introduced to the United States at the hands of Swedish rider Torsten Hallman. Hallman and his Husky would have such an effect on the sport that actor and racing enthusiast Steve McQueen would subsequently use a the same machine in Bruce Brown's seminal motocross movie On Any Sunday. The word was out on the Husky, and there was no doubt what bike the experts would be riding in 1967. In 1966 a 250 Husqvarna cost $969. Translated into 2022 dollars that’s about ten thousand bucks. Expensive for a dirt bike of the time, but if you wanted the best, you paid for it. The 1967 MF series 250cc Husqvarna was a true inspiration for dirt bikers of the time. With a bolt-together chrome molly frame, fast tractable motor, and light weight, it was years ahead of the competition, which were mostly overweight underpowered four strokes like the BSA 250. Torsten Hallman won the World Championship 250 class in 1966 and ‘67 on his factory Husky.

Torsten Hallman's physical excellence, determination and swift reactions in combination with years of experience made all the difference in his riding. No surprise that this Swedish wonderboy left the motocross scene with nine world scalps under his belt, including five team titles. Hallman grew up on a farm in Skyttorp near Uppsala in mid-Sweden, where his father had a mechanical shop. His early world consisted of pistons, cylinders and chains, in his hometown 80 km north of Stockholm, there was a motorcycle shop where his father had spent a fortune for racing activities. The "Nyman" company had some 30 sponsored riders and Hallman passed this place every day going to school. Thirteen years old, "Totte" stole the bike of his older brother Hans in order to get cross-country experience. 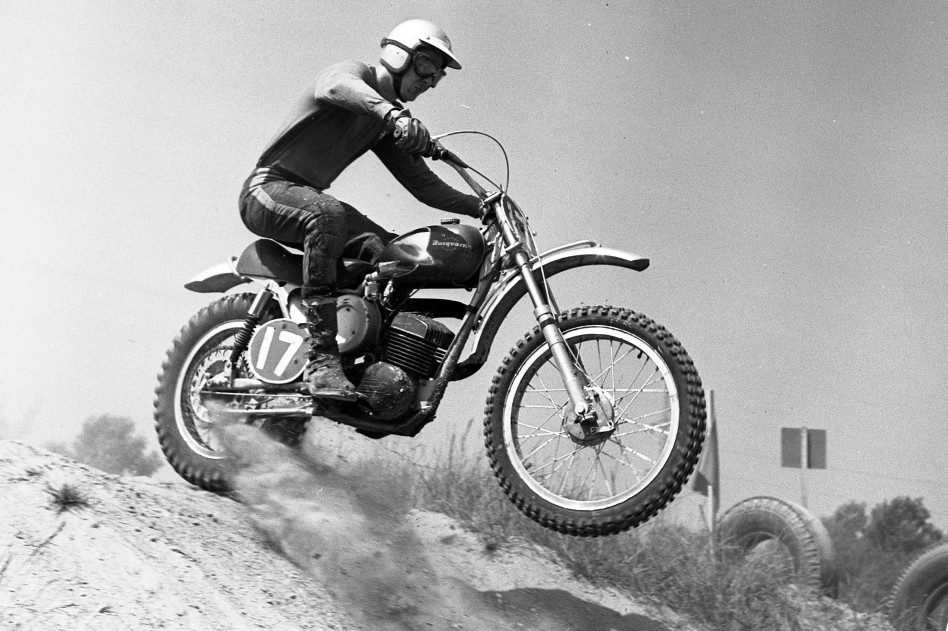 In the beginning Hans was furious, but seeing younger Torsten develop, he soon became an admirer and was proud of his progress. In fact, Hans soon followed his brother to races acting as mechanic and cheerleader - in that order! Torsten's first bike was a 98cc DKW, which according to him "was the best bike available then". But it broke down after rugged treatment from Torsten and it was exchanged for a 125cc Royal Enfield. It didn't take long before "Totte" was discovered by opposition and admirers. In 1957 he had his first racing license and Torsten won his class in his debut enduro, coming in 5th overall at this major Swedish race.

Hallman was often mixed up with Hans: "it was good for my career", says Torsten, "I could develop as a rider without people noticing". This became evident in a 1957 MX race in northern Sweden where Torsten battled newborn star Rolf Tibblin: "We changed places several times before and Rolf was determined to overtake me in a steep hill on the last lap. But I closed the door so he finished behind me". After the race Tibblin went to Hans and complained. Hans was 6th in the race and did not understand what Tibblin talked about. "You must speak to my little brother, Torsten", he finally answered. Rolf went to Torsten and said: "I didn't know Hans had a little brother who is so fast ... "

After ten years of motocross with factory support from Husqvarna Torsten Hallman won his first world championship title in 1962 in the 250 cc class. He doubled his efforts and repeated his world victory in 1963. In 1966 Hallman crossed the Atlantic after his championship series and effectively introduced motocross to the USA. It was his intention to engage in some PR activities for Sweden's weapons factory with which he had a full time contract. Husqvarna had decided to ship 75 machines to the United States and needed publicity in order to sell them quickly. Hallman said, “I received an approval from the factory three weeks before my flight was due to leave. The media were writing about this trip and there was even television coverage before I left. This only made it more interesting for me. Flying was nothing new to me but I had never before been away from home for so long. This made it a bit strange to be boarding the plane for the Atlantic flight."

In the United States there was already an importer who lived on the west coast. His name was Edison Dye and he was to meet Hallman at the airport in San Diego in southern California. However, due to the time difference Hallman had made a mistake and arrived a day early. On top of this, the plane was redirected after bad weather prevented it from landing at the airport. When he got off the plane there were soldiers and machine guns everywhere. "I knew that the U.S. was a tough country, but wasn't this a bit overdoing it at an airport? Finally, I found out that we had landed at a military base airport and this explained everything.”

After a few days rest it was time for Hallman to make his race debut in the US. His first event was in Jackson in the north of the state of California. It was the first time Hallman had been confronted by the desert and it made a big impression on him even if riding in the sand was nothing new to him. "It felt like being in another world.” Hallman recalled. Then just before the start it started to rain heavily. The small ghost town of Jacksonville was soon transformed to a real mud bath. 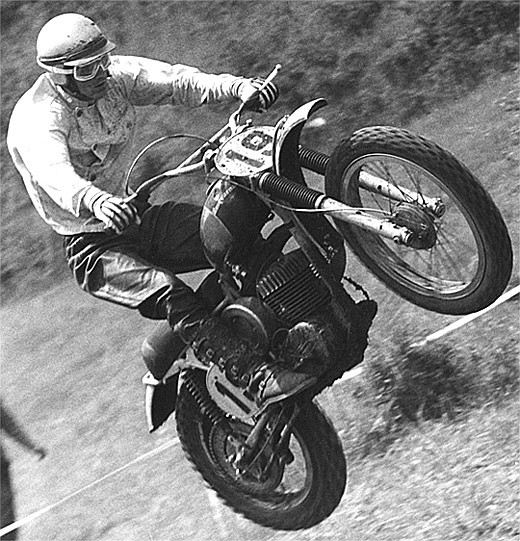 Torsten: “I thought it was warm and hot in the U.S. and I hadn’t brought clothing for wet weather riding. A few T-shirts was all I had and shortly before the start I managed to borrow some clothes from another rider so I wouldn’t catch a cold. There were between 200 and 250 riders at the start and when the flag dropped, my engine wouldn't start. This is a nice stunt of PR, I thought. But I kicked it a few times, it fired up and after a while I had passed all the riders except one. It was Dick Mann who was leading the large field and I decided to ride behind this fantastic all-round competitor who had already won most trophies in the country. Then as we approached the finish I went past him big time, since I was beginning to feel cold and didn't want to lose my pace. I won the race with a good margin and Dick was one of those who came to congratulate me.”

The importer was of course was delighted with this result and soon there was a close friendship and business relationship between Hallman and Dye. The press were also rather overwhelmed that this unknown blonde Swede had so much success. Despite the fact that he had won the world championship, motocross was still new to this vast continent. But, as many said, one victory could easily be a coincidence and the Americans were already convinced that the next races would be a different story. They soon had to reconsider. Torsten competed in nine events in the US in the autumn of 1966 and sometimes he raced six heats in a single day. The two biggest events during his trip were the Dirt Diggers Grand Prix and Corregeanville Grand Prix. These races would later be known as the Hopetown events and both had riders competing in the 250 and the 500 cc classes. In Corregeanville there were almost 800 riders on the starting line and the first prize was a check for 800 dollars. When everything was calculated at the end of the two-month period, Torsten had contested nine races and a total of 23 heats. He had won them all and the Swede was now well known all over the country. This was naturally a huge positive promotion for the Husqvarna brand. Suddenly everybody was looking for the Swedish winning machine because surely the victories had a lot to do with the excellent performance of this extraordinary bike! But it was above all Torsten Hallman who was the celebrated hero. Now Hallman & Dye were already talking about coming back the following year for another showdown.

Torsten Hallman had competed with "Husky number one" in USA, the very first Swedish motocross motorcycle to be exported to the USA. The machine was absolutely standard and had come straight off the factory assembly line. “All the time I kept saying my bike was for some reasons not entirely up to standard,” Torsten remembers, and one day an MX dealer came to me and asked for a test ride after the event was over. He said he wanted to know whether it would be worthwhile to market Husqvarna in his dealership. During all the races I had been able to take it relatively easy at a decent pace because the competition was not very strong. I was therefore able to ‘save’ my machine, which was more or less ready for a major overhaul. In Pepperell, Massachusetts I had to race with a faulty front wheel in the final part of the race but I managed to make it to the finish line and won even though I had slowed down in the last stages. The dealer who tried my machine was totally convinced that my Husqvarna was unique but he soon changed his mind after the rear wheel collapsed when he had only finished half a lap on the motocross track. At the same time he also realized that the clutch was slipping. This dealer subsequently became one of Husqvarna's best salesmen in the US market.

One of his most thrilling moments, however, came in 1968 during the deciding race held in Klagenfurt, Austria. Torsten came close to winning his 5th individual title but lost it in the last moment with a rear wheel puncture. "Coming second is like being the first loser", he sighed after the race... 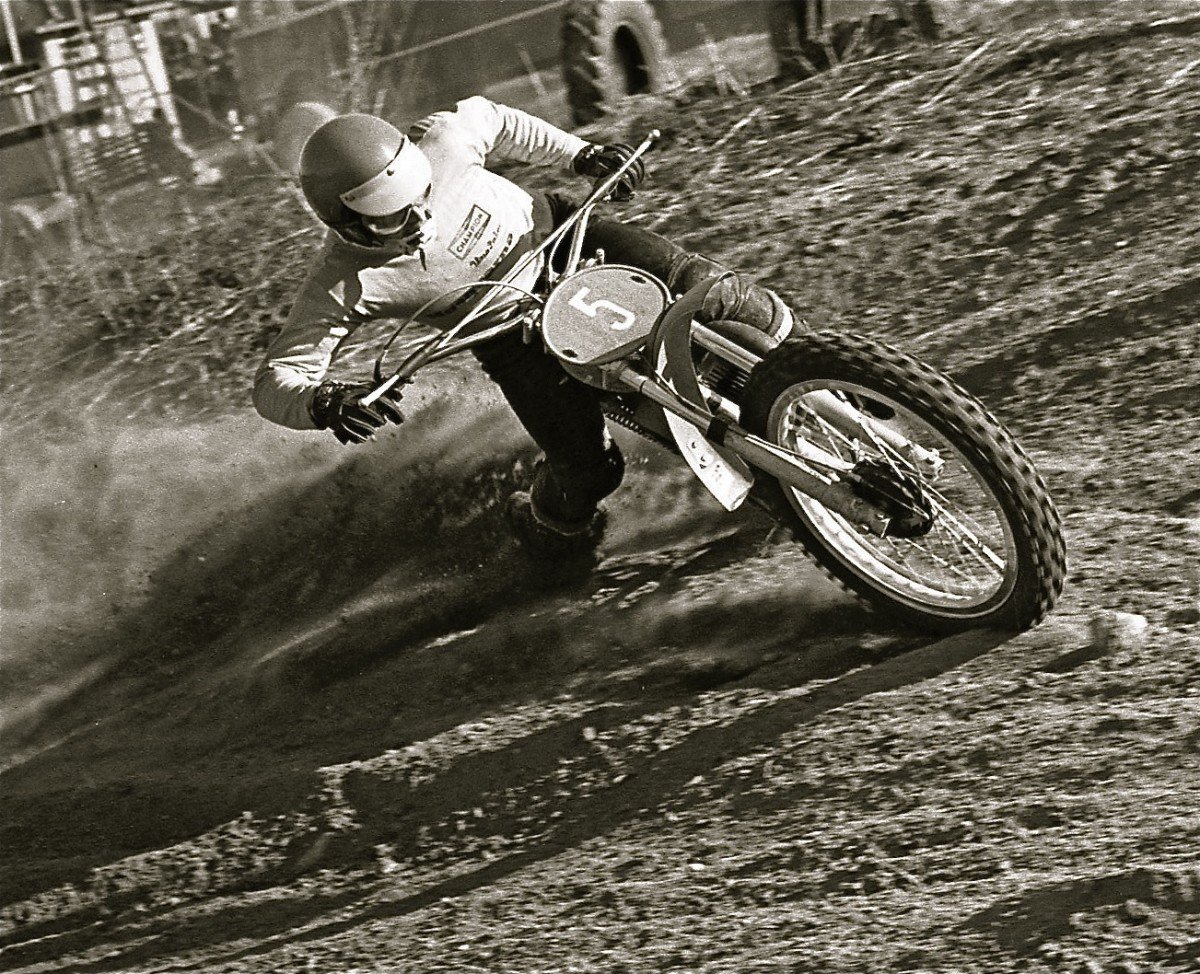 The photographs in this piece were all shot by Justyn Norek, a good friend of Torsten Hallman, who as a motocross GP photographer during the 1960s and 70s shot Hallman and many other Husqvarna riders. Mr Norek kindly allowed us to reproduce his photographs here.