Hell is for Heroes 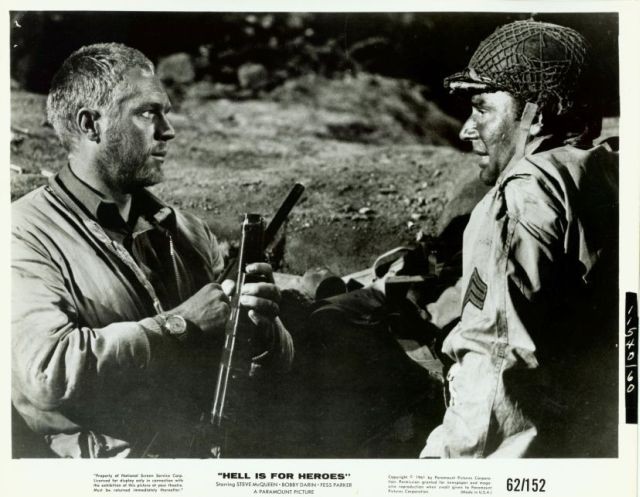 One of my favourite war movies is, like many of the best in this genre, actually an anti-war movie. Hell is for Heroes was released in 1962, based on a true event, it centres around a small squad of GIs in l944 who must maintain a position against a hugely superior German force until reinforcements can arrive. The only hope for maintaining their position is to use their wits and try to deceive the enemy as long as possible. This means creating the impression, through sound effects and other gimmicks, that their battalion is a large outfit. The script originated with writer Robert Pirosh who was a WWII veteran having been a Master Sergeant in the 35th Division, serving in the Battle of the Bulge, after which he was awarded the Bronze Star. While the incident in the movie was supposedly based on his war experiences, unfortunately even this did not prepare him for working with Steve McQueen. By all accounts McQueen arrived on set unhappy and stayed that way. Pirosh was supposed to direct but McQueen expressed his dislike of the script treatment and the studio sent the Pirosh packing.

Don Siegel replaced him, putting his stamp on the movie by insisting that it be bleakly anti-war, he took all of Pirosh’s black comedy out, but the studio forced him to include the Bob Newhart telephone monologue. The end result was a low-budget masterpiece, a strong antiwar statement by Siegel the director and McQueen the star playing an antisocial loner. Hell Is for Heroes shares a common thread with other Siegel films such as Madigan (1968) and Dirty Harry (1971), a recurring theme where the line between hero and antihero becomes so blurred as to be nearly irrelevant. In Don Siegel's moral universe, like in war, there are seldom absolutes and every issue is painted in varying shades of grey. The movie is directed with Siegel's typical toughness and narrative economy, perfectly suited for McQueen's gritty and air tight approach to acting. 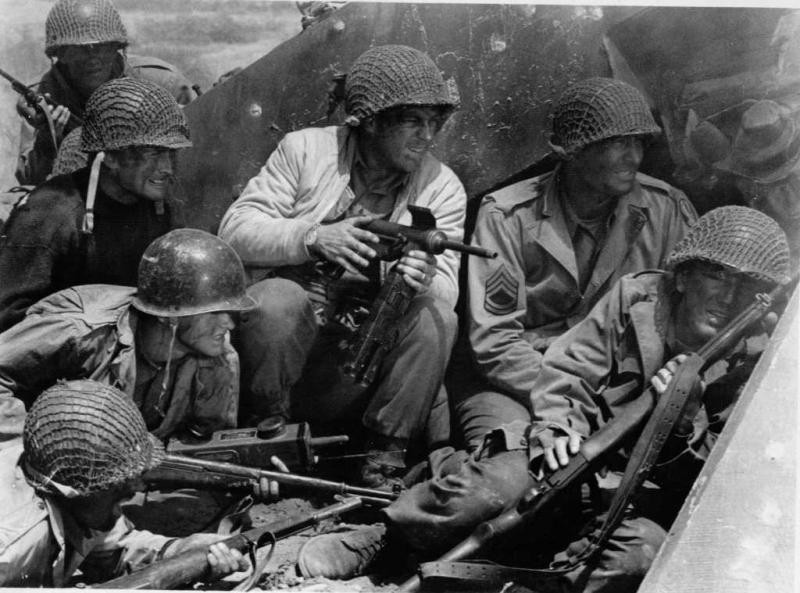 Redding, California, in the summer, with temperatures reaching as high as ll7 degrees provided the filming location. Since the actors were fitted out in heavy GI battle dress, Siegel decided to do the principal filming at night, which was one of his best creative decisions. The night shooting adds greatly to the movie's bitter tone and desperate feel. McQueen's approach jarred with the directors throughout shooting, one scene called for the actor to break into tears as he is walking towards the camera. For take after take, he remained dry-eyed; the director tried blowing onion juice in his face, to no avail, and even resorted to slapping McQueen as hard as he could. Eventually, they compromised and used eye drops that ran down the actor's face for the shot.

Though McQueen is undoubtedly the movie's centrepiece in one of his best onscreen performances, expertly portraying the psychology of a human war machine, the supporting cast is also excellent, with Nick Adams as a homesick Polish expatriate, Fess Parker and L.Q. Jones as war-weary NCOs, and Bob Newhart (in his film debut) as a misfit private who serves as comic relief. The film's comic non sequitur involves Newhart finding a bugged phone line and carrying on a lengthy monologue for the benefit of the German eavesdroppers. Delivered in the typical halting fashion that had become a Newhart staple, the scene is in direct contrast to the rest of the film's grim trajectory. The directors skill is found in the emphasis of the tensions within the American platoon rather than the conflict with the offscreen Germans. The ending, which stresses the enormous human cost of a small tactical gain, is remarkably powerful, precisely because it's the first time that Siegel allows his audience any perspective on what they've been seeing.

While overshadowed by McQueen's other WWII dramas from the period (The Great Escape, 1963, and The War Lover, 1962), Hell Is for Heroes remains an intense and tightly constructed antiwar film with strong direction and solid performances all around. Siegel perhaps said it best himself: "I would never make a war picture unless it was strongly antiwar. No side wins a war. How hypocritical warring nations are. Both sides have their priests and ministers pray to the same God for victory. War is senseless and futile. It is true that hell is for heroes. It is equally true that for heroes there is only hell."