Hunter and The Angels 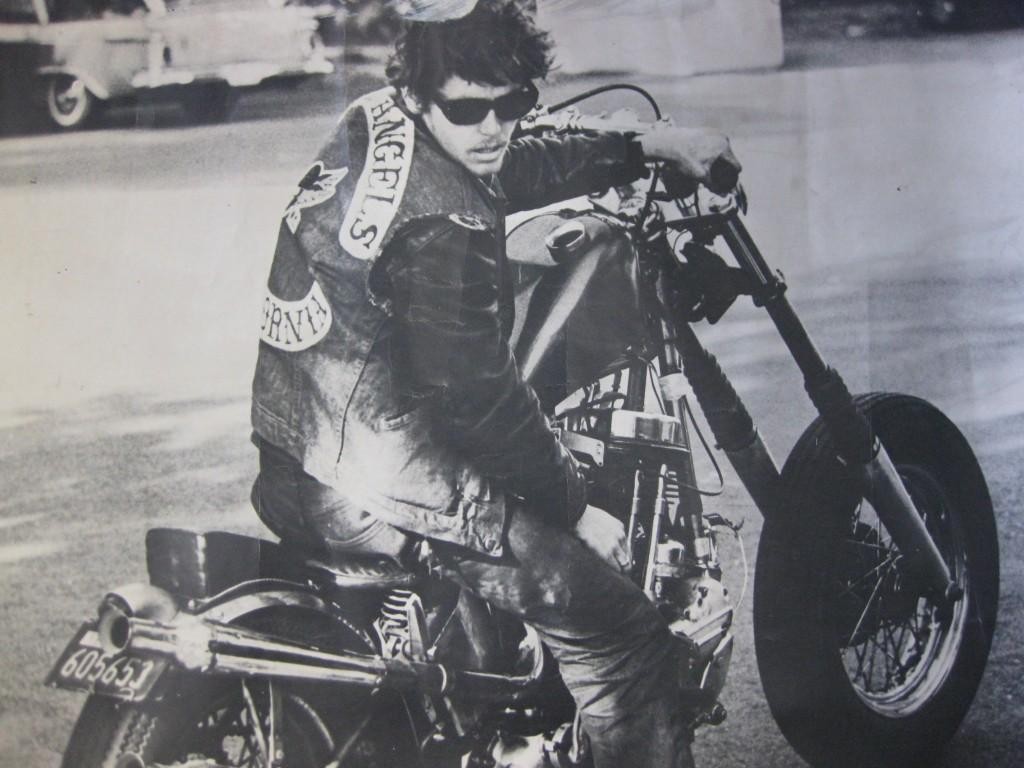 Ever since World War II, California had been strangely plagued by wild men on motorcycles. They usually travelled in groups of ten to thirty, booming along the highways and stopping here are there to get drunk and raise hell. In 1947, hundreds of them ran amok in the town of Hollister and got enough press to inspire Hollywood to make The Wild One. The film had a massive effect on thousands of young California motorcycle riders.

The California climate was perfect for motorcycles, as well as surfboards, swimming pools and convertibles. Most of the bikers were harmless weekend types, members of the American Motorcycle Association, and no more dangerous than skiers or scuba divers. But a few belonged to what the others called "outlaw clubs," and these were the ones who - especially on weekends and holidays - were likely to turn up almost anywhere in the state, looking for action. The most notorious of these outlaw groups were the Hells Angels, headquartered in San Bernardino, just east of Los Angeles, and with branches all over the state. According to a 1965 statement by the Attorney General of California, they were easily identified:

'The emblem of the Hells Angels, termed "colors," consists of an embroidered patch of a winged skull wearing a motorcycle helmet. Just below the wing of the emblem are the letters "MC." Over this is a band bearing the words "Hell's Angels." Below the emblem is another patch bearing the local chapter name, which is usually an abbreviation for the city or locality. These patches are sewn on the back of a usually sleeveless denim jacket. In addition, members have been observed wearing various types of Luftwaffe insignia and reproductions of German iron crosses.* (*Purely for decorative and shock effect. The Hell's Angels are apolitical and no more racist than other ignorant young thugs.) Many affect beards and their hair is usually long and unkempt. Some wear a single earring in a pierced ear lobe. Frequently they have been observed to wear metal belts made of a length of polished motorcycle drive chain which can be unhooked and used as a flexible bludgeon... Probably the most universal common denominator in identification of Hell's Angels is generally their filthy condition. Investigating officers consistently report these people, both club members and their female associates, seem badly in need of a bath. Fingerprints are a very effective means of identification because a high percentage of Hell's Angels have criminal records. In addition to the patches on the back of Hell's Angel's jackets, the "One Percenters" wear a patch reading "1%-er." Another badge worn by some members bears the number "13." It is reported to represent the 13th letter of the alphabet, "M," which in turn stands for marijuana and indicates the wearer thereof is a user of the drug.' 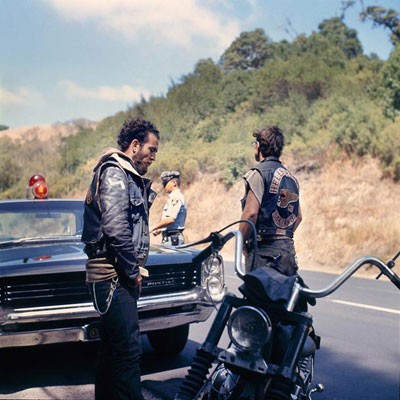 Thompson was often a key character in his own novels, he was a drug-taking, gun-toting, left-wing political activist which to many an impressionable teenage-mind was a man to be revered and imitated. To quote Thompson himself, “fiction is based on reality unless you're a fairy-tale artist, you have to get your knowledge of life from somewhere. You have to know the material you're writing about before you alter it.” Hunter certainly lived up to his own hype and documented it faithfully, especially in his earlier works.

Thompson wears his influences on his sleeve, at times referencing writers such as Joseph Conrad, Jack Kerouac, Ernest Hemingway and F Scott Fitzgerald. There are two overt references to F. Scott Fitzgerald’s writing in this novel, the first relating to a shop owner who chose not to entertain the Hells Angels’ custom at one of their rallies, he is described as looking out across the sound mournfully in a scene cherry-picked from the ‘The Great Gatsby’ and the death of Mother Miles stating that “This was not going to be any Jay Gatsby funeral” because The Angels would be attending en masse. 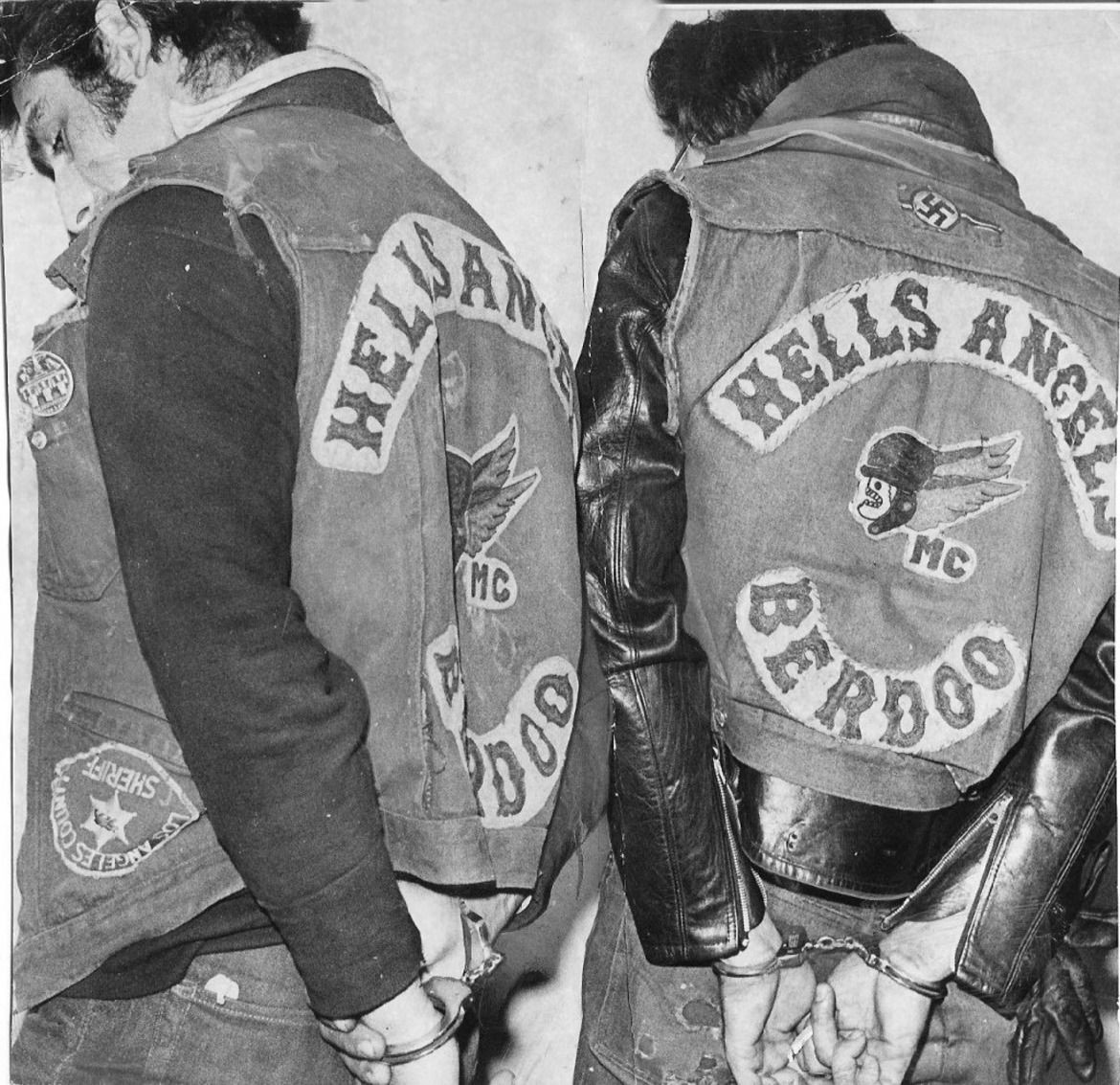 Adhering to his own brand of Gonzo journalism, Hunter spent a year with the Angels in the aim of gaining vivid insight into their life and what makes them tick. The book starts off with Hunter giving a brief outline of the Angels lifestyle, meeting various members of the group in a relaxed social atmosphere and offering insights into a few individual lives. Far from being the weary outsider that The Hells Angels rising notoriety acquired and to who they quickly became suspicious of, Thompson was a semi-active member of the group, he would welcome them to his apartment at all hours of the day and night much to his neighbours dismay and eventually leading to him being evicted.

“One of the worst incidents of that era caused no complaints at all: this was a sort of good-natured firepower demonstration, which occured one Sunday morning about three-thirty. For reasons that were never made clear, I blew out my back windows with five blasts of a 12 gauge shotgun, followed moments later by six rounds from a .44 Magnum. It was a prolonged outburst of heavy firing, drunken laughter, and crashing glass. Yet the neighbors reacted with total silence.”

The book is put together in a singular way, a collection of articles, quotations from poems, police reports, film and literature recall the style of a detective novel where events are pieced together after the fact, though this was not the case here as Thompson sent off the novel as individual articles over the year. Thompson would often run what he had written past The Angels as not to offend them. However there is a change after the Ginsberg speech in which Thompson speaks of the Angels in less than flattering terms denouncing them as ‘mutants’, ‘prototypes’ and ‘toads’ a far cry from the early romanticising of The Angels in the early part of the book.  This, Thompson states, is because he has become disillusioned with them, that they have started to believe their own hype. Thompson ends on the opinion that the Angels are not outlaws as they would have us believe but natural born losers who have nothing to gain from society and as a result nothing to lose. 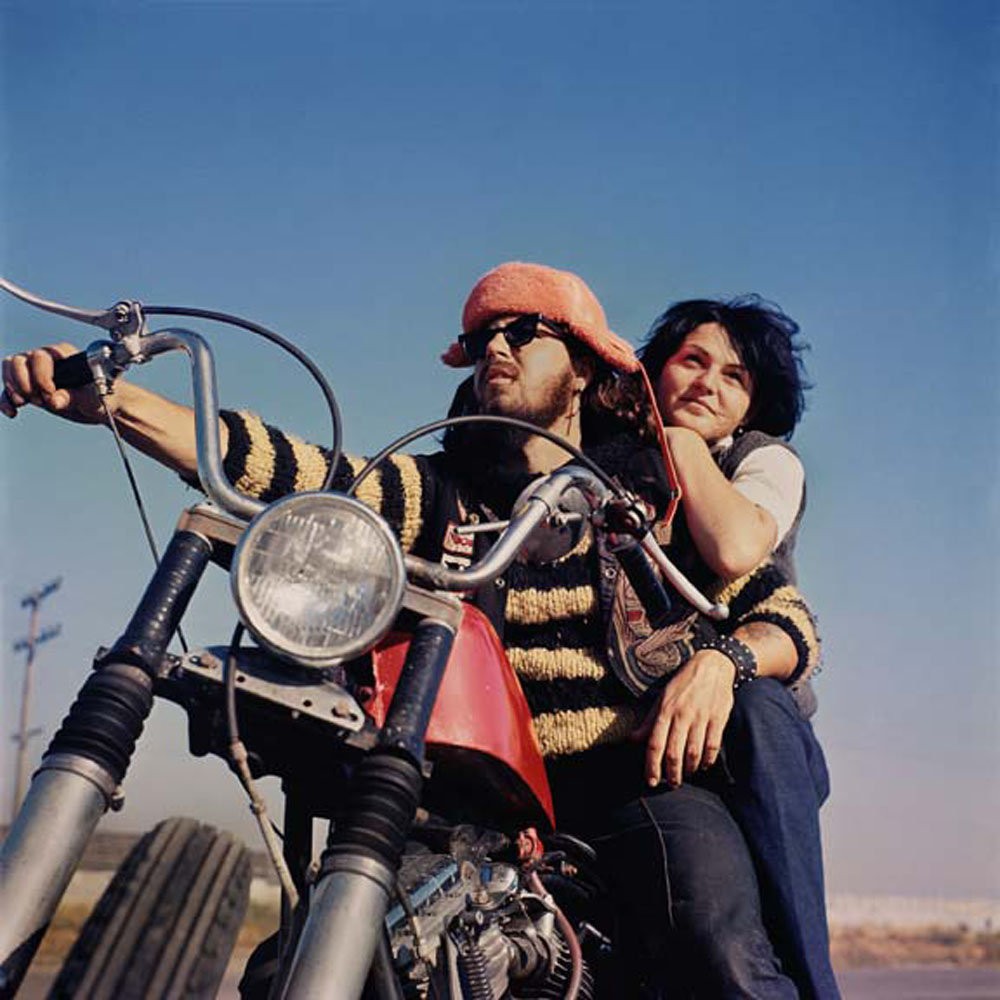 The book features notable cameos from Ken Kesey (One Flew Over The Cuckoo’s Nest) and Allen Ginsberg (Howl) and is laudable in its painstaking description of the Angels wild drug taking adventures. The Angels took everything in excess whether it be beer, wine, pills, weed, LSD, or their obsessive dedication to their bikes. And Thompson himself was known for his life-long use of all of the above. According to one article, Hunter would daily consume the following for breakfast, “orange juice, coffee, hash pipe, Dunhill cigarettes, a half-pint tumbler of Chivas Regal on ice and a small black bowl filled with cocaine.”

'Hell’s Angels' is Thompson’s most vital work, his first published book and a giant leap from writing various sports articles, propelling him to notoriety and infamy. The book set forth the dogma which he would live fully throughout his life, until his characteristically uncompromising death at the barrel of his own revolver in 2005. Thompson’s contribution to journalism was great, influencing such writers as Rolling Stone’s Lester Bangs and Cameron Crowe.

Thompson is at his best when he is angry, whether it be ranting about gun-control, Hippies who lacked the cultural conviction of their earlier counterparts or Richard Nixon, in his writing he was always eloquent and acerbic. Thompson’s most endearing quality is his inability to shirk the issue or compromise and this comes across in his writing. He was upfront with the Angels about being a journalist and his straight-talking eventually led to him suffering a stomping at their hands, which rounds off his time as an honorary outlaw.