In 1940, while Fighter Command took on the Luftwaffe over Britain and the Channel, the airmen of Bomber Command were flying missions over Fortress Europe. Hitler's plan for invading the UK, Operation Sealion, would require a landing force setting off from mainland Europe so the then relatively small RAF Bomber Command was given the task to do as much damage as possible to the naval forces that Hitler had gathered for the cross channel attack. At this point Bomber Command was only equipped with twin engined medium bombers that would very soon be regarded as obsolete. Yet, with fear of an invasion of Britain at its height, the task was regarded as at least as important as defending the skies above Britain – and the crews were sent out, night after night over Europe.

Most of these targets were very well defended and there was no shortage of bravery amongst the aircrew that had to face them. John Hannah joined the Royal Air Force aged 17 in 1939, and after training as a wireless operator was later promoted sergeant in 1940. He was attached to 83 Squadron (Hampden bombers) as a wireless operator and gunner. 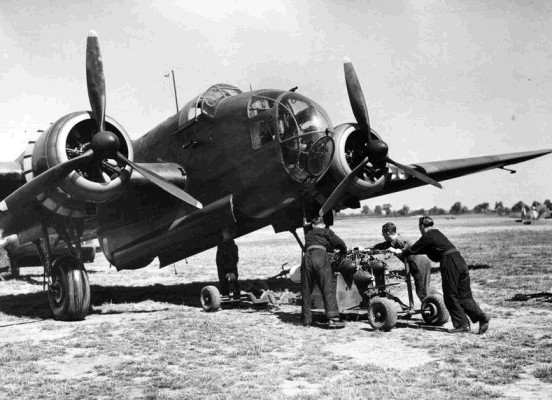 With the Battle of Britain Spitfires continuing to maintain their vigil in the skies over Britain, the Fighter Command was stretched to the limit with their defensive tactics. On the night of 15 September 1940, 83 Squadron left their base shortly before 22.30 hrs with a force of 15 Hampden bombers. They were destined for a bombing raid on a concentration of German barges at the port of Antwerp, which were reported to be part of an armada of sea going vessels collected in preparation for the threatened invasion of Britain.

As the bombers approached their objective, they were caught in the piercing beams of light from the searchlights below, followed by intense anti-aircraft fire. Shortly after Hannah's plane had released its bombs it was hit with shrapnel and bullets. Almost at once the rear of the fuselage exploded into a blazing furnace of fire and searing heat, which quickly spread to the wireless operator's and gunner's cockpits. The rear gunner had no option but to bale out when the floor of his cockpit melted beneath his feet.

Undaunted, Hannah began to fight the fire. Surrounded with the flames he retrieved the plane's two hand fire extinguishers and rapidly dispersed the contents. When they were exhausted he beat at the flames with his flying log- book and as a last resort with his hands. Although his heavy flying suit restricted his movements, he continued to battle against the heat, but now there was an added danger as ammunition began to detonate within their cases. He quickly disposed of them by throwing them out through the hole in the fuselage. 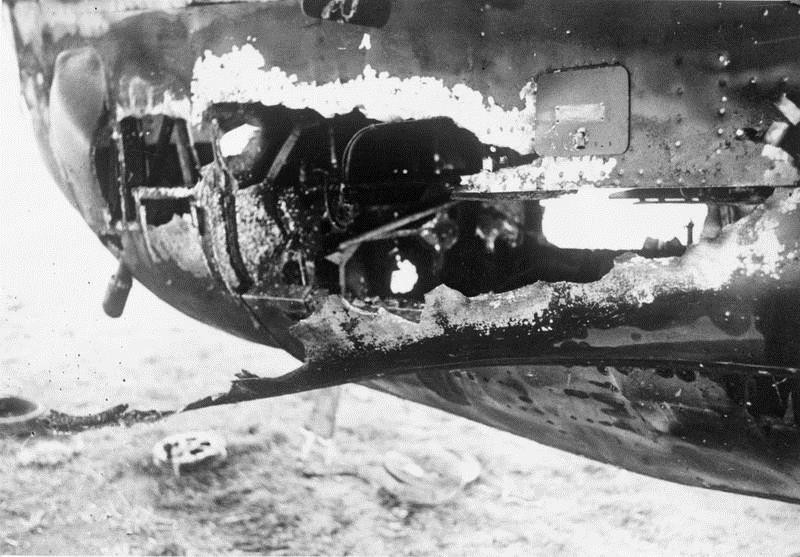 Having successfully extinguished the flames Hannah painfully made his way to the pilot's seat to report that the fire was now under control. The pilot, Officer C.A. Conner, was shocked to see the extent of Hannah's burns to his face and hands. When it was realised that the other crew members had baled out, Hannah then assisted the pilot to navigate the plane back to base, where he was immediately transferred to a Service Hospital for emergency treatment. Hannah was informed of his award while still a patient in Rauceby hospital, Lincolnshire.

At Buckingham Palace on the 10 October 1940, Sergeant, John Hannah, attended an investiture for his award of the Victoria Cross. At the age of eighteen Hannah was the youngest recipient of this prestigious award for aerial operations. Pilot Officer C.A. Conner received the Distinguished Flying Cross. Sergeant D.A.E. Hayhurst, navigator and bomb- aimer, received the Distinguished Flying Medal for the part they played in the raid.