Motorcycle Clubs and the 1%er 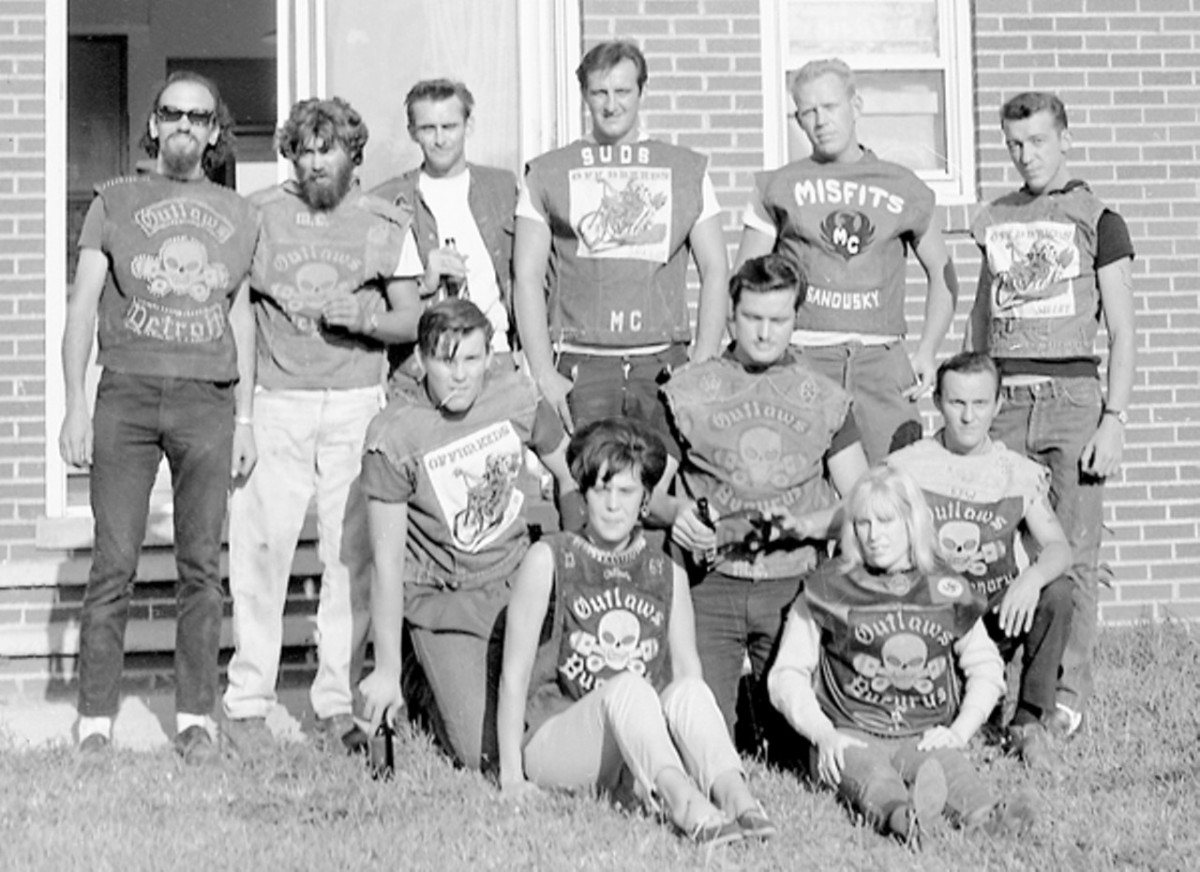 It's no secret that Americans love outlaws, from the legends and lore of rebellious (and illegal) acts by the Founding Fathers, to the bushwhacking and bank-robbing capers of Butch Cassidy and the Sundance Kid, to the "bad boy" music of Elvis Presley, the Rolling Stones and Dr. Dre.

American culture and mass media have led inexorably to characters that embody this bad-boy attitude - a recent example being Jax, the heartthrob outlaw biker star of the TV show "Sons of Anarchy". Western society has a long established canon from which we "learn" about society from fictional dramas. And the more we watch shows like "Sons of Anarchy," the more a news story will seem to fit our mental construct of "how those people are." The same is true of popular TV crime dramas' portrayal of American minorities' involvement in violent crime. And it seems that every time outlaw motorcycle clubs are portrayed in the news, it's because of something terrible, such as the deadly events in Waco, Texas. Add to this the fact that the outlaw biker narrative has been largely controlled over time, not by members of the culture, but by outsiders and the misconceptions grow. 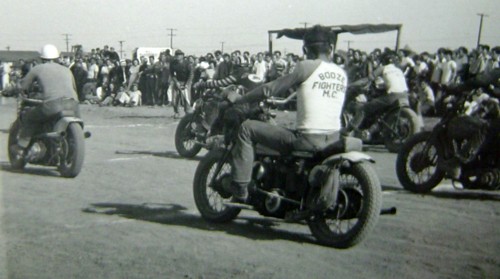 The term 1%er was first used in print in the pages of Life Magazine during the 1960’s. The article was a contrived response to an AMA rally in Hollister CA, after encouraging certain individuals to get drunk and ride through town the media then reported on 'drunken' motorcycle clubs giving rise to the popular misconception of bikers and also the movie The Wild One. The American Motorcycle Association stated that 99% of the people at their events were God fearing and family oriented. The other 1% were hard riding, hard partying, non mainstream type people. Thus the term 1%er found its place in popular vernacular. 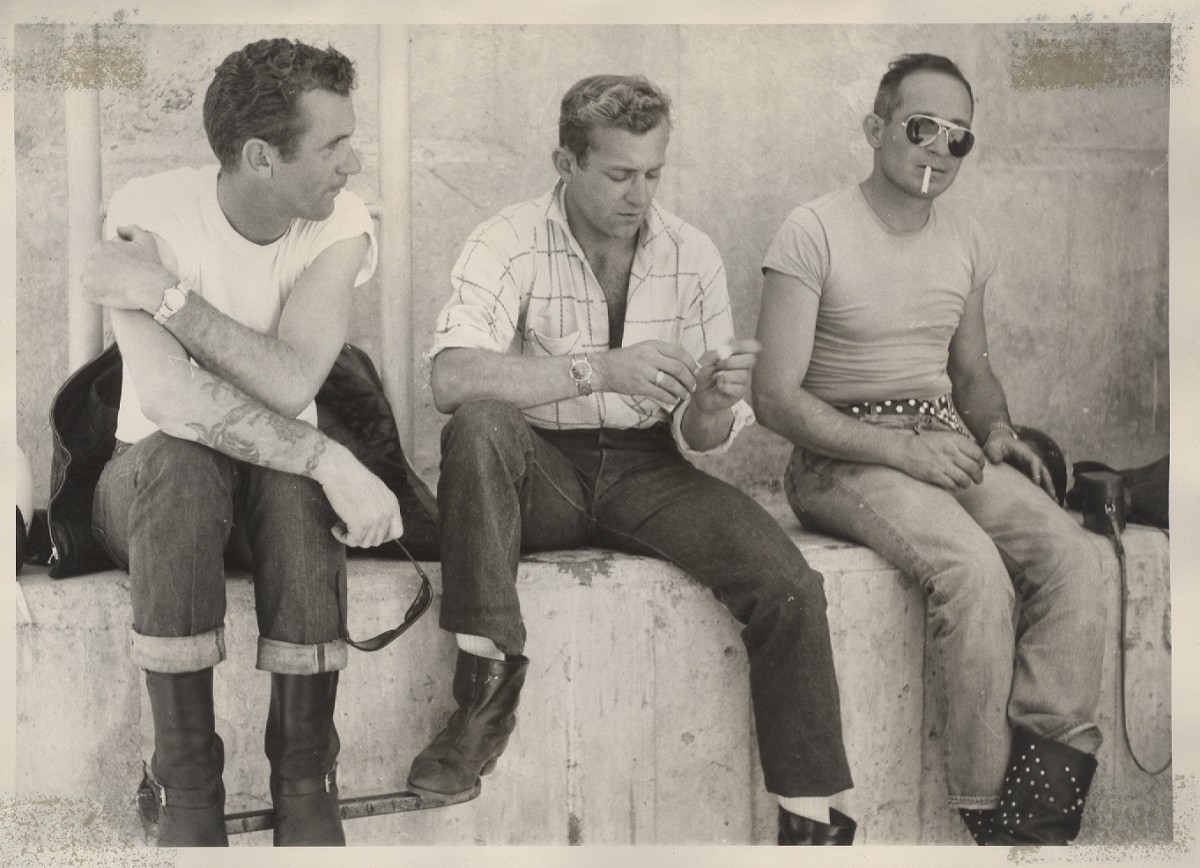 Motorcycle clubs were historically born of a love of the machine, racing, riding and from military service. Gangs began for various reasons as well, but largely as a form of protection for outsiders or ethnic immigrants residing in inner cities. Their social structure is overwhelmingly democratic from the local to the international levels. Officers are democratically elected and hold office so long as they meet the memberships' needs.

In contrast, Motorcycle Gangs can be seen as more autocratic than democratic, where leaders emerge more for their charismatic leadership and illicit earning abilities than for their abilities to run organisations. Motorcycle clubs are organised hierarchically, with strictly defined chains of command and lines of communication. MCs elect secretaries whose jobs are to maintain meeting minutes, keep track of committees and chairs, and see that old business is complete and new business is on the agenda. Treasurers also are elected officials and they attend to fiduciary responsibilities such as collecting membership dues, paying clubhouse expenses and financial planning for the future. Both secretaries and treasurers are required to produce written documents for the membership to review and approve during each meeting.

It's not easy becoming a patch-holder. Many have compared "prospecting" - the process of earning full membership - to that of military basic training, where the individual is broken down in order to be reformed into a part of a collective: To think not of one's self but of others, and to understand that one's actions or inactions impact the team and the organisation. But prospecting takes months and sometime a year or more (5 years for one MC). Prospecting is physically, emotionally, and intellectually demanding and not everyone can do it. A significant amount of social status is conferred upon those with the steel to make it. Perhaps this is the only obvious similarity between MCs and gangs. MC is generally reserved for those clubs that are mutually recognised by other MC or outlaw motorcycle clubs. This is indicated by a motorcyclist wearing an MC patch, or a three piece patch called colours, on the back of their jacket or riding vest. Outlaw or 1%er can mean merely that the club is not chartered under the auspices of the AMA, implying a radical rejection of authority and embracing of the "biker" lifestyle as defined and popularised since the 1950s and represented by such media as Easyriders magazine, the work of painter David Mann and others. In many contexts the terms overlap with the usual meaning of "outlaw" because some of these clubs, or some of their members, are recognised rightly or wrongly by law enforcement agencies as taking part in organised crime. 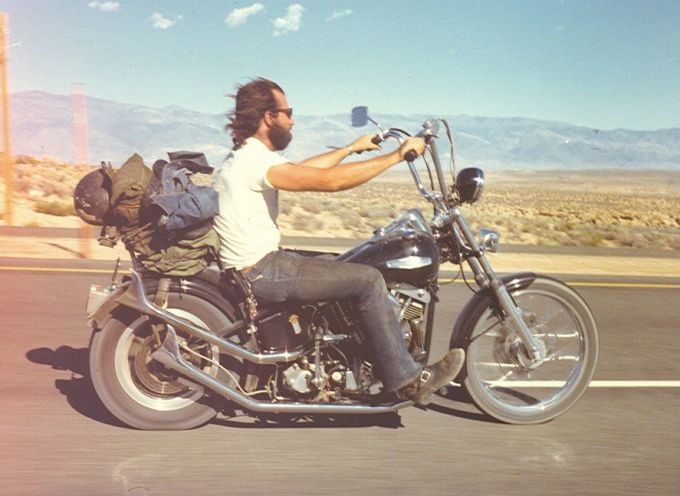 That sense of brotherhood was on display at a funeral for a patch-holder slain at Waco. Members of the Hells Angels, Bandidos, Mongols, Vagos and more than 50 other motorcycle clubs come together in peace to mourn the passing of a man who touched the lives of so many in his community. To them, he was much more than a biker or a patch-holder -- he was their Brother, with all the familial love, respect, and honour that that word conveys. Possibly such a gathering has never happened before. This convergence of contrasting MCs was no media stunt. There were no media in the funeral that day (although there was one white, unmarked van, out of which came uniformed men clad in body armour and armed with assault rifles).

Perhaps the singularly most important distinction between outlaw motorcycle clubs and gangs is evidenced through philanthropy. Many motorcycle clubs are closely intertwined with charity work: MC family members are or have been affected by the maladies the charities seek to eradicate, and members of the local community are in legitimate and immediate need. MCs support a wide variety of local, national, and international charities that seek to end disease, poverty and hunger, but especially supported are disabled veterans organisations. Charity is to members of motorcycle clubs as petrol and oil are to their machines. For some, it's a major reason why they join and stay in MCs. Clubs have been observed providing 24/7 security at battered women's shelters, holding motorcycling events such as Poker Runs to raise money for local families whose homes were destroyed by fire or natural disasters, or to help families stricken by some other tragic event get on their feet. If a member of the community is in legitimate need, and the MCs are able to help, they almost always do. Even if it's just "Passing the Hat," where patch-holders literally pass around a baseball cap into which members place what cash they can spare. This might not seem like much, but to a family in desperate need of short-term assistance, this can mean the difference between having electricity and water and going without.

The above puts perspective on the recent statement that certain US law enforcement officials and organisations have labeled outlaw motorcycle clubs as a domestic terrorist threat, something is that is obviously more concerning since many of these clubs are made up of veterans who have fought bravely in recent wars for their country.