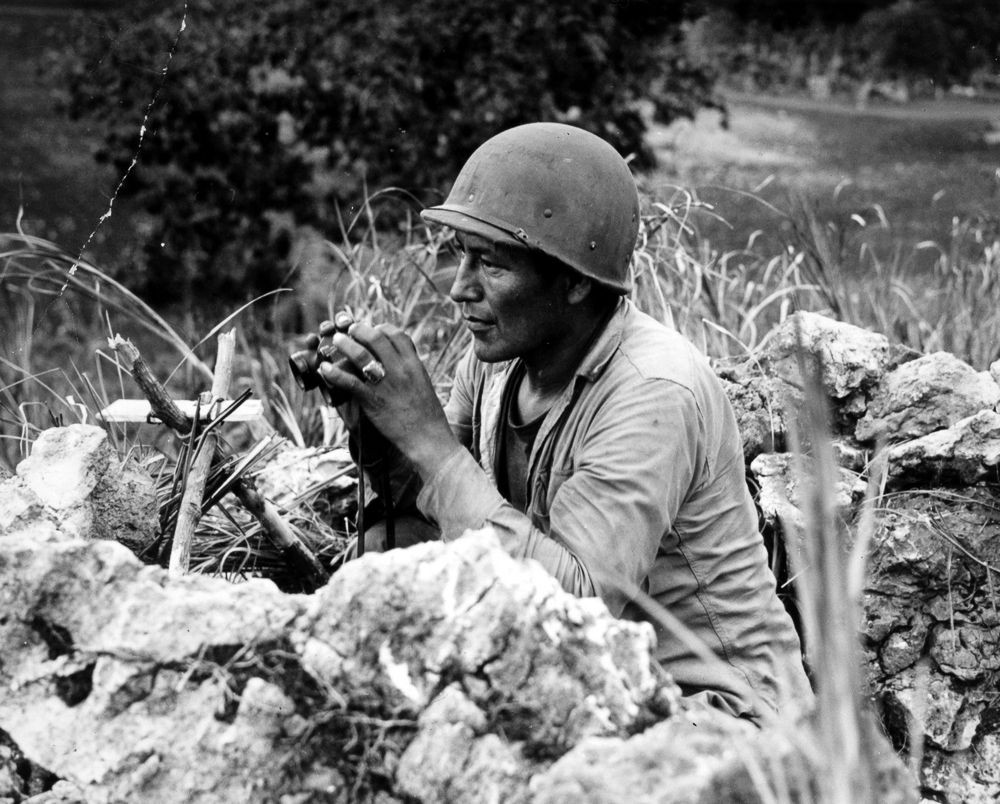 Cherokee and Choctaw soldiers had both effectively used their native languages to send coded messages on the Western Front during the final months of World War I so in autumn 1940, a small group of Chippewas and Oneidas joined the Thirty-second US Army Infantry Division for the express purpose of radio communications. Soon afterward, an Iowa National Guard unit, the Nineteenth Infantry Division, brought several members of the Sac and Fox tribes into its ranks for the same purpose. Their training, and their use in manoeuvres in Louisiana, hinted at the successful utilisation of Indians as combat radiomen. The tactic seemed so promising that the Thirty-second requested the Indians' permanent assignment to the division, and the army expanded the program in 1941. With posts in the Philippines, where Spanish was commonly spoken, radiomen were needed who could transmit messages directly to the Filipino forces, to American units, and if needed, in code. Despite the army's early efforts and the proficiency demonstrated by Indian code talkers, the War Department never fully grasped the program's potential. No more than a few dozen Indians were trained for radio operations. In contrast, the Marine Corps developed the concept on such a broad level that it became an integral part of the branch's combat operations. Unlike the army, Marine solicitation of Indians did not commence until after Pearl Harbor. Moreover, the program resulted not from within the military but from a civilian source.

In February 1942, Philip Johnston approached Major James E. Jones, Force Communications Officer at Camp Elliot in San Diego, with a plan to use the Navajo language for battlefield radio transmissions. The son of a Protestant missionary, Johnston had lived among the Navajos for more than twenty years, and, during that time, gained fluency in the native language. He explained to Major Jones that the Navajos spoke a language unlike any other Indians and added that less than a dozen anthropologists had ever studied that part of Navajo culture. Even German scholars who visited Indian communities in the 1930s, including the Nazi propagandist Dr. Colin Ross, ignored the Navajo language. In essence, this peculiar language seemed safe from enemy understanding if incorporated into the Marine Corps' communication structure. Johnston convinced Major Jones of the possible worth of his idea, and before the week's end, the Marine Corps extended Johnston the opportunity for a demonstration. On the morning of February 28, the former missionary's son and four Navajo's arrived at Camp Elliott. Major Jones gave them six messages normally communicated in military operations and instructed the group to assemble forty-five minutes later at division headquarters. With such a short time to devise a basic code, the Navajos worked feverishly. At 9:00 A.M. Johnston and the four Indians appeared before Jones, General Clayton B. Vogel, and others to conduct their demonstration. Within seconds, the six messages were transmitted in Navajo, received, decoded, and correctly relayed to Major Jones.

"It goes in, in Navajo? And it comes out in English?" questioned one rather surprised officer. In later tests, three code experts attached to the United States Navy failed to decipher "intercepted" transmissions; the system "seemed foolproof." Both Jones and Vogel were immensely impressed.

Over the following days, the merits of an Indian code-talking program gathered interest with General Vogel's staff. By mid-March, the Marine Corps authorised the recruitment of twenty-nine Navajos for communications work and formed the 382nd Platoon for the Indian specialists. Immediately, the boarding schools at Fort Defiance, Shiprock, and Fort Wingate received visits from marine personnel, and the original complement of code talkers was formed. In addition, Philip Johnston petitioned the Marine Corps for his own enlistment as training specialist at a noncommissioned rank. Though already in his forties, the Marine Corps accepted his offer and recommended the immediate recruitment of 200 Navajos to develop a code. Among the first recruits was Chester Nez. As a child growing up in Bureau of Indian Affairs boarding schools, Nez had his original Navajo name replaced with Chester, after President Chester A. Arthur. He was forbidden from speaking his native tongue — students who did so were beaten or had their mouths washed out with soap. In the spring of 1942, Nez and 28 other recruits assembled at Camp Pendleton in California, and went to work formulating their code. In an interview years after the war, Chester Nez said "All those years, telling you not to speak Navajo, and then to turn around and ask us for help with that same language.... It still kind of bothers me." 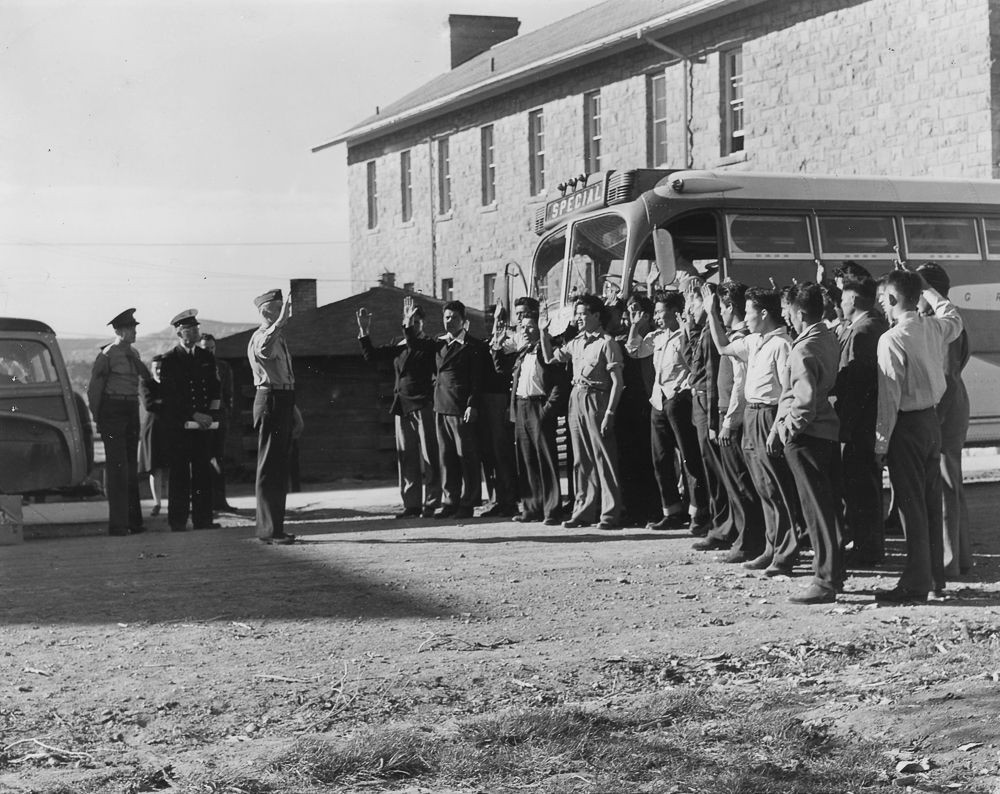 Over the course of 13 weeks, the code was developed, practiced, and committed to memory. It grew into a sprawling dictionary, tailored for precise communication in every conceivable battlefield situation. The code ranged from simple letters (“A” could be communicated as the Navajo words for ant, apple, or axe) to vehicles (Dive bomber = “chicken hawk,” submarine = “metal fish”) to direct or approximate translations of hundreds of verbs such as capture, escape, entrench, flank, halt, and target. Once the code was complete, the code talkers became invaluable communications assets. As the war went on, some 400 Navajos were recruited and trained in the code. They acted as coding machines, transmitting messages that would have taken a couple of hours in just a couple of minutes.

On the battlefields of the Pacific Theatre, the code proved to be uncrackable. Even when the Japanese managed to capture and torture Navajo Sergeant Joe Kieyoomia, they couldn’t crack it — though he spoke Navajo, he hadn’t been trained in the code, so the encrypted messages read as an indecipherable mess of words. The Navajo code talkers played crucial roles in every Marine offensive in the Pacific, from Guadalcanal in 1942 to Iwo Jima in 1945. Code talkers from more than a dozen other tribes such as the Seminole, Comanche, and Meskwaki were also deployed as code talkers in more limited numbers in Europe and North Africa. 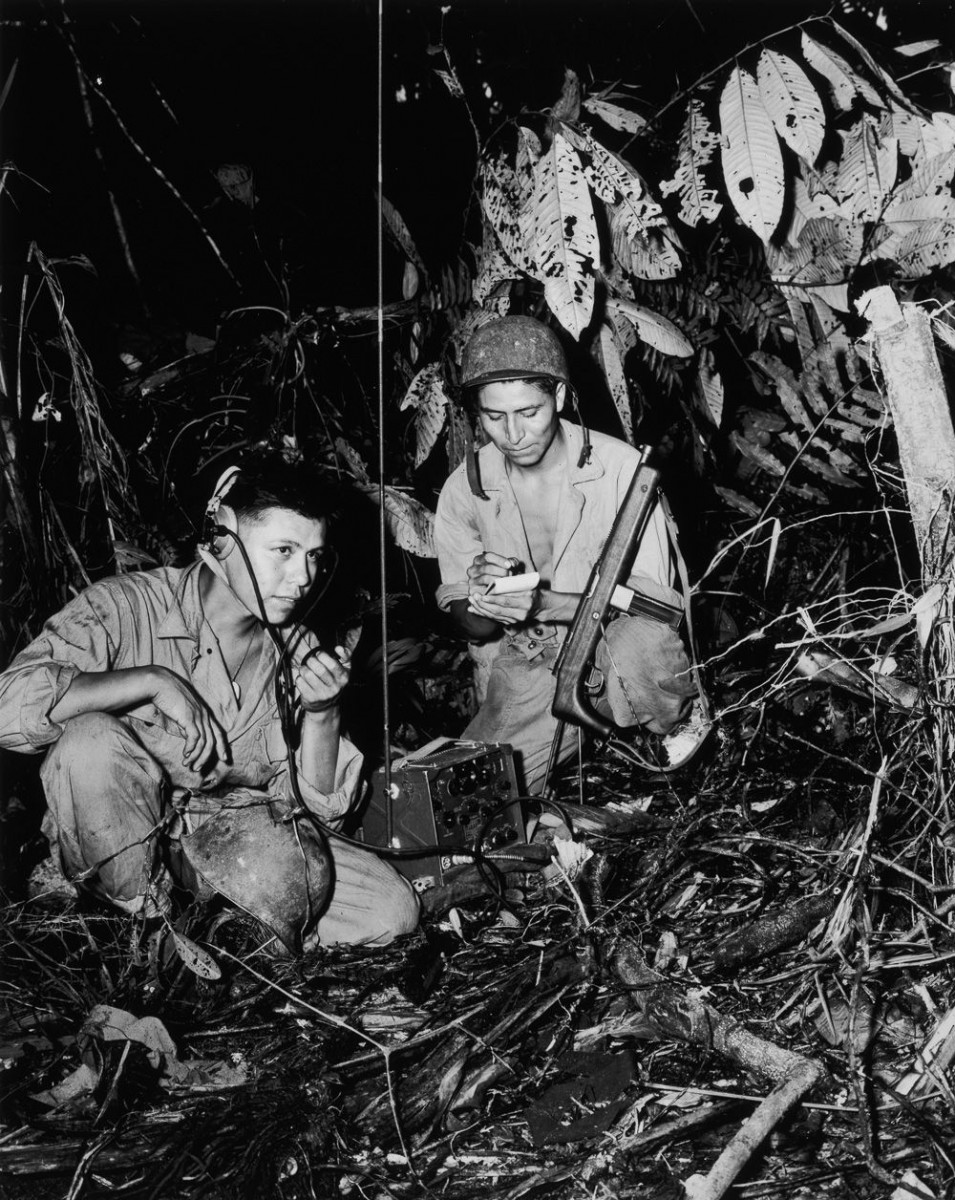 Were it not for the Navajos, the Marines would never have taken Iwo Jima. In typical fashion, many of the code talkers returned home from the war to face discrimination and hardship, much of which was at the hands of the same US Government that 5 years previous had been desperate for their help. They were not even allowed to speak about the invaluable role they played until the code operation was declassified in 1968. In 2001, the original 29 creators of the Navajo code were honoured with the Congressional Gold Medal.