In the words of Slidin’ Sonny Nutter, speedway racing was “Four guys, four laps, for all the marbles.” It’s widely accepted that all riders probably have a screw loose. Racers, then have at least two screws loose. But speedway racers must have at least three to get out there and give it all they’ve got on the dirt ovals.

A speedway race is, as Sonny Nutter said, four racers competing for four laps on a dirt track from a standing start. The tracks are 260 to 425 meters long, and are always oval-shaped. A speedway event consists of multiple heats of races, and racers score points for whatever place they finish each heat in, and the winner is the racer with the most points at the end of the event. Straightforward enough.

Speedway bikes are a different story. A speedway bike has only one gear, runs on pure methanol, weighs a minimum of 170 pounds, has no electronic components managing the engine, and has no brakes. As required by FIM’s “Track Racing Rules.” For the record, bikes often get up to 80 miles per hour in the corners during these races. The only controls they have are the throttle, clutch, and handlebars. Speedway racing has been a fan-favourite internationally since the early 1900s, although its origins aren’t exactly known. Sometime during the late 1910s and early 1920s people started racing in an early form of speedway racing, and by the late 1920s was an international hit. The first organised races were held in Australia, the United Kingdom, and the United States, and many racers who competed in what was then known as “Short Track Races” gained star status because of how flashy and exciting the races were. The first racer to inspire the term “broadsiding” was an American racer named Don Johns in 1914, who was said to be able to run the entire course with the throttle wide open, throwing huge showers of dirt up into the air as he ripped through each turn.

The legend of Slidin’ Sonny Nutter, as do many legends, originates with a humble beginning. Sonny’s love for motorcycling was born in 1958 when he was 13 years old and working as a 'gunk brush' at Jack Baldwin’s motorcycle shop in Santa Monica, California. A gunk brush, if you didn’t already know, is someone who cleans the really hard-to-get-off gunk from a motorcycle by spitting on said gunk, and then scrubbing it off by hand. Spending so much time around motorcycles sparked a deep interest that eventually grew into an unstoppable passion.

From there, Sonny spent every Friday and Saturday night at the races, watching and learning from the both the best and the locals. One of his favourite places was the iconic Ascot Park in Gardena, California. Sonny started his own career in racing during the 1960s as a flat tracker, and went on to win numerous races.

It was in the early 1970s that Sonny found niche in the “brakeless” speedway races. He was so good at them he was able to make a regular living off the winnings, and raised a family while racing five nights a week at the local Southern Californian circuits. 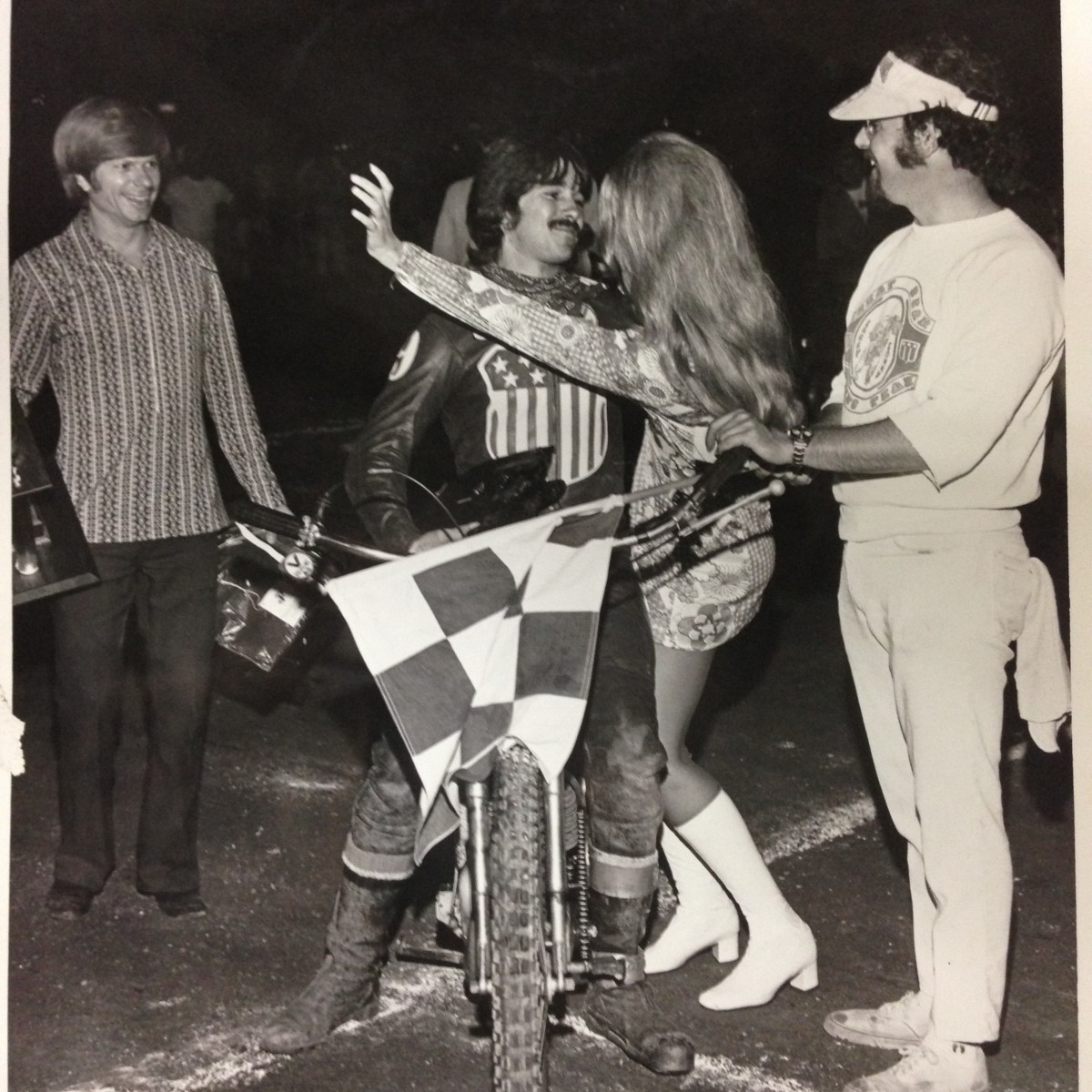 Sonny’s legend is crowned by two major achievements. He was asked to be the captain of the speedway team representing his country in Israel at the World Speedway Championship and won the most competitive and extremely longed-for California Speedway Championship, twice! Another title he’s rather proud of and will tell you about with a winning grin and a charming glint in his eye is that he was voted the AMA’s “Most Liked” racer in 1970. Look at that face and tell us you wouldn’t have voted for him too. Sonny still lives in Santa Monica, building “Nutterized” trackers from his own workshop. These trackers are authentic throwbacks modelled after the oil-in-frame trackers that legends like Sonny raced on in the 70s. If you're looking for the real deal then look no further!