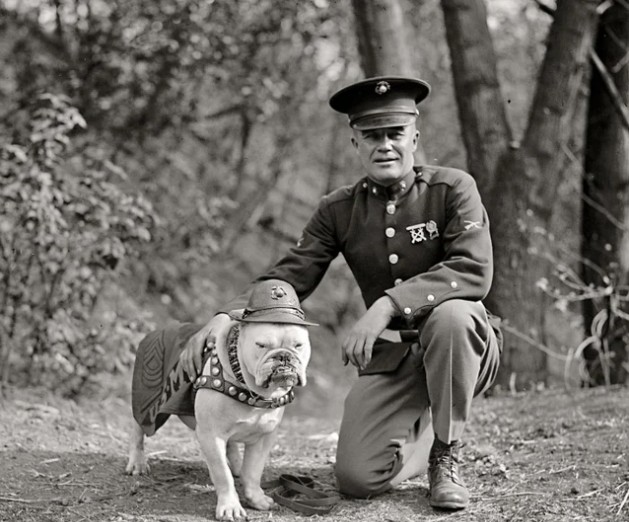 Just about anyone who’s met a US Marine knows the story of World War I’s Battle of Belleau Wood. It was after the Battle of Belleau Wood that the Marines assumed the moniker “devil dogs,” purportedly from the battered Germans who dubbed their salty, indefatigable conquerors 'teufelhunden' or hell hounds. (This has since been debunked by Marine Corps historians.) After the war, the nickname began appearing on recruitment posters and in Marine Corps motto tattoos alongside an image of a helmet-clad snarling English bulldog.

The first mascot of the United States Marine Corps was an English Bulldog named King Bulwark. Kings formal title was dropped at his enlistment in the Marine Corps on the 14th of October 1922. His enlistment papers, signed by Brigadier General Smedley Butler himself, give his new enlisted name as Jiggs. With his new position came new threads, including a tailor-made set of dress blues, a range of covers and uniform items, and rank insignia.

Although he was well liked by the marines, Jiggs behaviour was true to his independent nature and he was repeatedly court martialed for breaches of etiquette and deportment, although he was always soon reinstated. Jiggs led a pampered existence in the Marines, never far from the glow of publicity, he even starred with Lon Chaney in the 1926 film Tell It To The Marines.

After a life filled with rich food, formal events and sporting fixtures, Jiggs died on the 9th of January 1927, just short of his fifth birthday. He was laid in state, at a hangar in Quantico, in a white satin-lined coffin, which was constructed from his former kennel.

You can purchase the Eastman recreation of a classic vintage 1960s USMC tee HERE. The print, front and back, is taken directly from the original of the famous ‘Sgt. Major Jiggs’ Bulldog logo. Made in Japan it is replicated extremely precisely both in design, colour and method of printing, which is known as ‘broken rubber’ method. 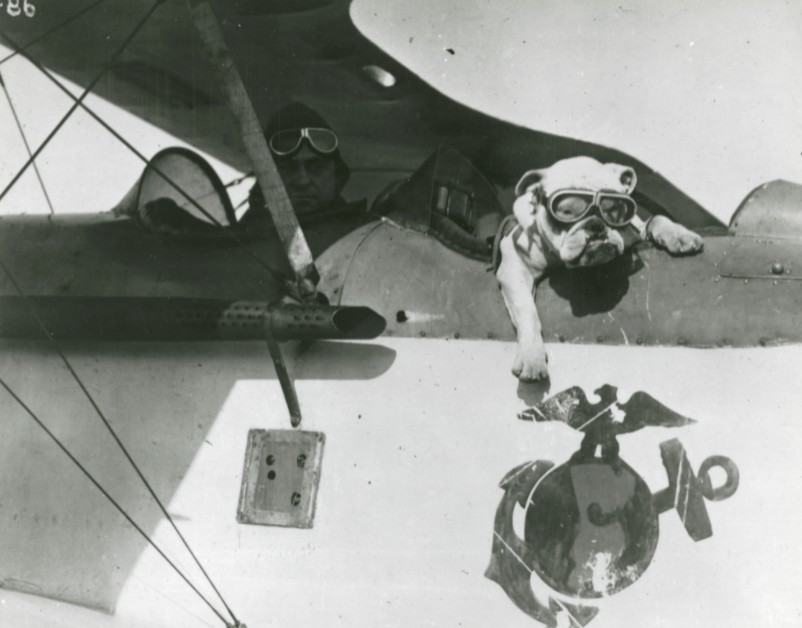 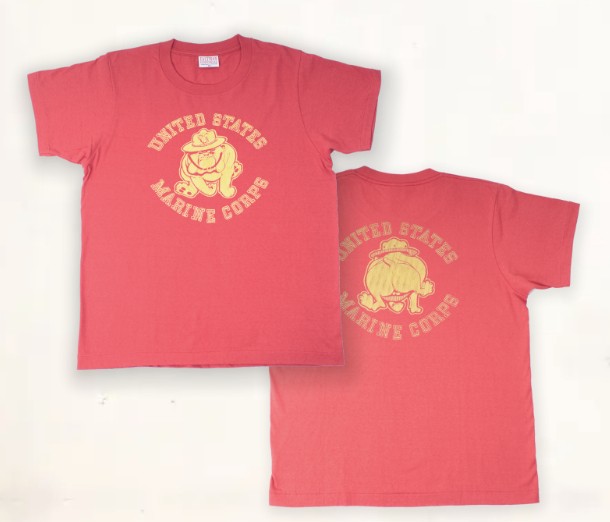