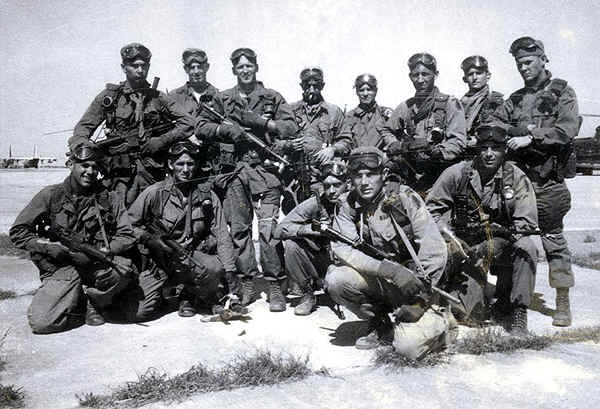 On November 21, 1970, at the U.S. Air Force base at Udorn, Thailand, helicopters carrying a force of 56 U.S Army Special Forces personnel led by Col. Arthur 'Bull' Simons took off into the blackness of the night sky. Those aboard had been training secretly for months and were ready to execute Operation Kingpin, the final phase of a daring plan–the rescue of American prisoners of war from the North Vietnamese prison camp at Son Tay. They were supported by 29 USAF aircraft and 92 flight crew on the direct raid and a total of 105 aircraft including supporting roles.

The US Intelligence committee had determined that the Son Tay camp was being enlarged to handle additional prisoners and confirmed that 55 American POWs were imprisoned there. Reconnaissance photographs also revealed the letters SAR (search and rescue), spelled out by what appeared to be the prisoners’ laundry, and an arrow with the number 8 next to it, indicating the distance the POWs had to travel to the fields where they worked.

Preparation for the mission was conducted in four phases and culminated in 170 rehearsals. The challenge was to ensure that Air Force search and rescue crews could operate with Army Special Forces. Brig Gen Leroy J. Manor (USAF) was selected as the overall mission commander, while Col Arthur Simons (USA) would lead the ground forces. 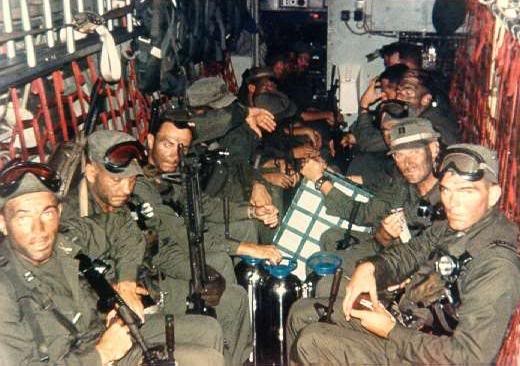 Simon ended up with a little more than 100 volunteers and they went to Eglin Air Force Base, FL. and they built a Son Tay prison, a makeshift camp that could be disassembled daily when the Russian Satellites flew overhead. They practiced this mission 171 times. They had to overcome a bunch of technical things: they had to refresh everybody in land-navigation, basic soldier skills, marksmanship, and hand-to-hand training.

Phase one included personnel selection and movement to training areas. Phase two stressed individual component training during which the Air Force practiced rendezvous, formation, and night mission profiles. During phase three, aerial and ground rescue operations were practiced. Both the Army and Air Force participants rehearsed day and night. Training was conducted first step-by-step and progressed to real-time pacing. The final phase was joint training and mission rehearsal during which procedures were fine-tuned and interoperability of forces assured. The final full rehearsal was conducted 6 November 1970 with the order to execute given on 21 November 1970.

During the planning phase, three alternative plans (green, red, and blue) were developed and practiced during phase three. Plan green was the contingency for loss of the ground force commander's helicopter. Plan red was called if the second support helicopter did not reach Son Tay. Plan blue was the contingency if the compound assault helicopter failed to make its objective. From different locations in Thailand, the forces converged at different points in North Vietnam. The overall plan was for the HC-130 to fly and orbit halfway to the objective while the force was in the area. The MC-130s would rendezvous with A-1Es and helicopters and lead them to the objective. Several problems arose due to the speed limitations of both the fixed- and rotary-winged aircraft, but the intensive training allowed these problems to be overcome. During movement to the objective area, the Navy conducted diversionary attacks on Haiphong Harbour.

During the conduct of the mission, Colonel Simons's helicopter landed at the wrong compound. The remaining force recognised the problem and executed plan green and proceeded to the objective. The raid was not successful in bringing home any American prisoners because they had been moved when the Son Tay River flooded. This forced the prisoners to be moved to a new camp 13 KMs away. Because of the proximity, when the Air Force aircraft were flying over, the American prisoners recognised the sound and thought that America was invading North Vietnam.

A North Vietnamese photo taken inside Son Tay prison after the raid shows the wreckage of the HH-3E helicopter that carried the Blue Boy Assault Team.

The raid succeeded at its technical objective of seizing control of the camp and 26 minutes after the first helicopter crash landed, all US Special Forces were recovered and flying home. One US soldier was wounded in the leg and one broke his ankle in the intentional crash landing. An unknown number of North Vietnamese soldiers were killed in the raid. It is believed that North Vietnamese General Tran BA Thanh was responsible for the failed Son Tay prison raid. He served as a ARVN officer on the South Vietnamese Prime Minister's staff during the war, providing invaluable intelligence to Hanoi.

Despite this, the mission was successful from the joint perspective. Unity of command, strong leadership, mass, and training were the deciding factors in removing the cultural barriers between the services, allowing them to function with speed and flexibility. Many people in the US, particularly congress, criticised it for being another failure. But it wasn't a failure, it saved hundreds of lives. It caused the consolidation of all POWs in Hanoi, permitting them to organise, communicate, and care for one another. Prior to the raid, the prisoners were scattered throughout North Vietnam in these little prisons, kept in isolation, deprived of food, and tortured. Almost immediately following the raid, they were collected into two main prison camps, they were allowed to commingle because hundreds of people in two places can't be separated. They were given food and the torture basically stopped, and the rate of prisoners dying, which was sometimes as often as several a week, stopped. The estimate is that hundreds of lives were saved.

To commemorate the raid, the US Special Operations Command presents the Bull Simons Award. The annual award, named in honour of Col. Arthur D. "Bull" Simons, is given to those embodying the spirit, values and skills of the legendary special forces operator.