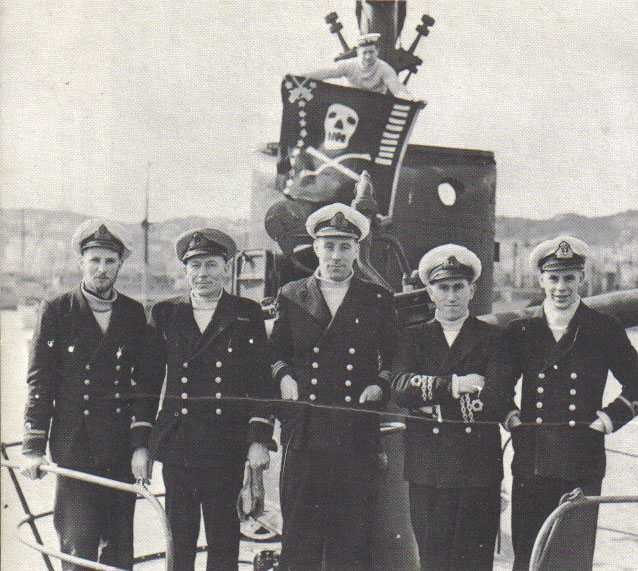 "Of all the branches of men in the Forces, there is none which shows more devotion and faces grimmer perils than the submariner.
Great deeds are done in the air and on the land; nevertheless, nothing surpasses your exploits." - Winston Churchill.

Admiral of the Fleet Sir Arthur Wilson VC, the Controller of the Royal Navy, summed up the opinion of many in the Admiralty at the time when he said in 1901, "Submarines are underhand, unfair, and damned un-English. ... treat all submarines as pirates in wartime ... and hang all crews." In response, Lieutenant Commander (later Admiral Sir) Max Horton first flew the Jolly Roger on return to port after sinking the German cruiser SMS Hela and the destroyer SMS S-116 in 1914 while in command of HMS E-9. Decades later in 1982, returning from the Falklands conflict HMS Conqueror flew the Jolly Roger depicting one dagger for the SBS deployment to South Georgia and one torpedo for her sinking of the Argentinian Cruiser Belgrano.

During World War Two it became common practice for the submarines of the Royal Navy to fly the Jolly Roger on completion of a successful combat mission where some action had taken place, but as an indicator of bravado and stealth rather than of lawlessness. British submarines fought a deadly battle with their German counterparts during World War Two. The British submarines succeeded in sinking 12 German U-boats, for the loss of 4 of their own to U-boats. British submarine development between the wars owed much to the versatile E-boats built at the start of the Great War. The most notable types were the H and L classes that continued in service until well into the Second World War. The L Boats in particular were well liked by their crews and many successful submarine commanders were trained in them. 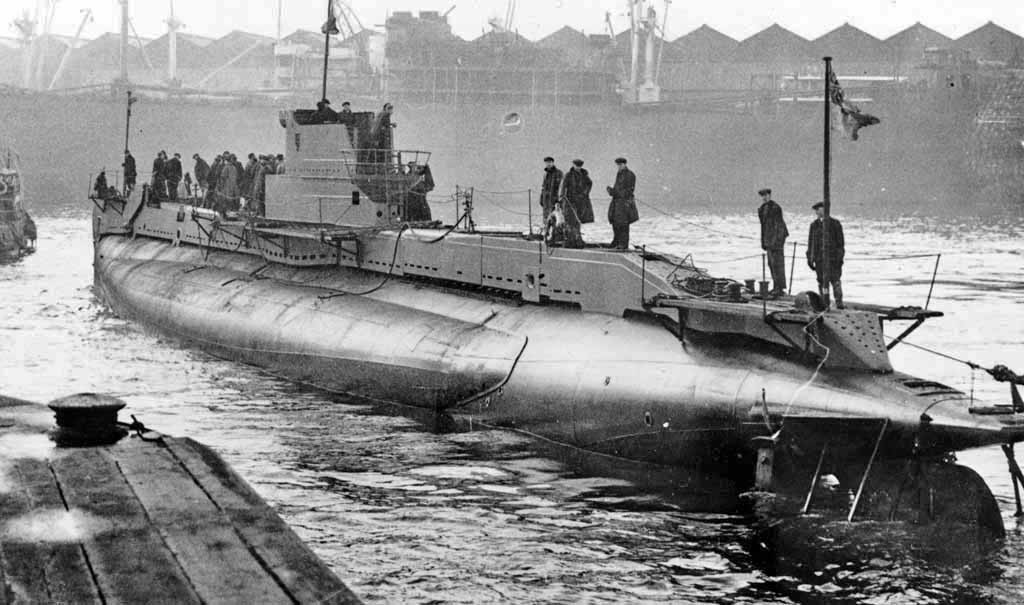 It took a certain type of personality to become a Submariner, something still true today. They were considered a different breed to the usual Royal Navy sailor. The 'Perisher' (as the Submarine Command Course is better known) is a 24-week course all officers must take prior to serving as an Executive Officer on board a Royal Navy Submarine. It has been run twice a year since 1917, usually starting on 2 July and 14 November each year. It is widely regarded as one of the toughest command courses in the world, with a historical failure rate of 25%. If at any point during the training a candidate is withdrawn from training he will be nominated for boat transfer and kept occupied until the transfer. His bag is packed for him and he is notified of the failure when the boat arrives. On departure he is presented with a bottle of whiskey. A failure on Perisher means that the unsuccessful candidate is not permitted to return to sea as a member of the Submarine Service (although they are still allowed to wear the dolphin badge). He is, however, permitted to remain in the Royal Navy, moving into the surface fleet. In more recent years, the United States Navy has sent some of its own submariner officers to undergo the 'Perisher', in order to foster and maintain closer links with the Royal Navy. 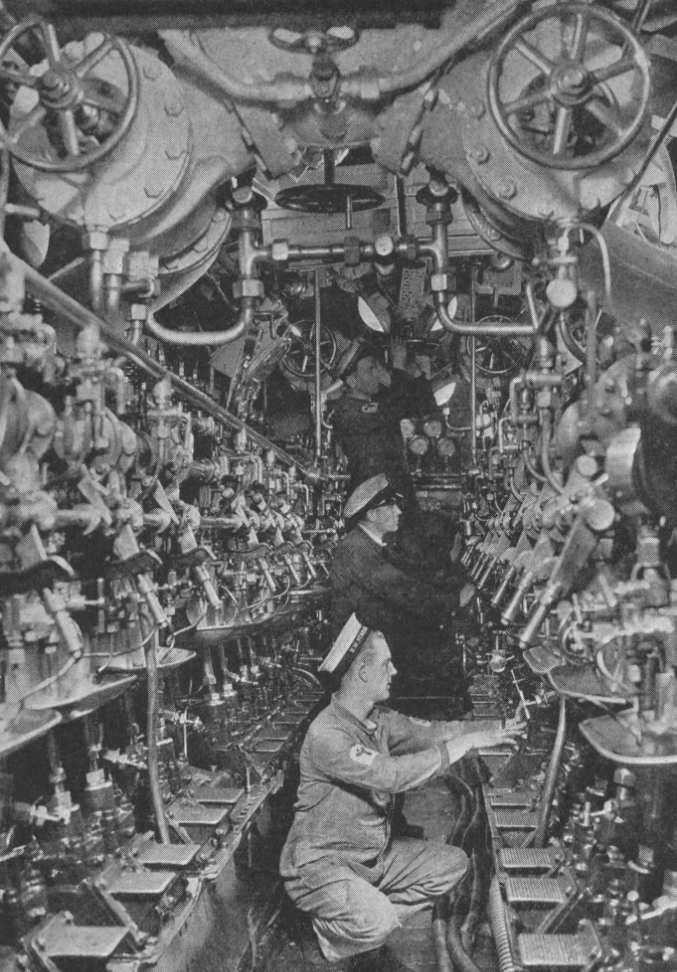 At some point during World War Two the Submarine Service became known as the 'Silent Service' mostly due to the fact that their missions were covert and went unreported, they were often deployed in the shallow waters of the Mediterranean and accompanying coastlines, sometimes not having enough depth to sneak away after an attack. Not all of their actions were combat based, often their missions would be to drop agents off and pick others up, rescue downed airmen from the clutches of the Axis or carry out intelligence surveys. 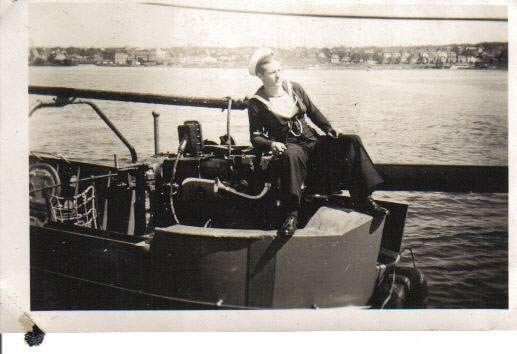 In 1939 the Allies primary maritime tasks were based on the assumption Britain and France will go to war against the European Axis powers of Germany and Italy. The Royal Navy will be responsible for the North Sea and most of the Atlantic, with the French contributing some forces. In the Mediterranean, defence will be shared between both these Navies. At the outbreak of War Britain had 58 submarines available, 47 of which could have been considered as up to date. As the war progressed, the Royal Navy and its few Allied-manned submarines neither had the target opportunities of the German U-boats in the Atlantic Ocean nor the US submarines in the Pacific, and certainly in the early years suffered heavy losses for comparatively few gains at least in Axis warships. But if account is taken of such vital activities as the heavy merchant ship sinking in the Mediterranean, certainly in the battle for North Africa, the many dangerous cloak-and-dagger operations so vital to Churchill's command to "set Europe alight", helping to cut Germany supply routes from Norway and Japanese ones to Burma, then the even more silent part of the "Silent Service" played a major role in clearing the seas of enemy ships. 73 British submarines were lost in the war, reflecting the difficulties of their operating areas and targets: the well protected German shipping around Northern Europe, the clear and shallow Mediterranean, Malacca Straits and Indian Ocean. A total of over 2000 men lost their lives in service to the country.