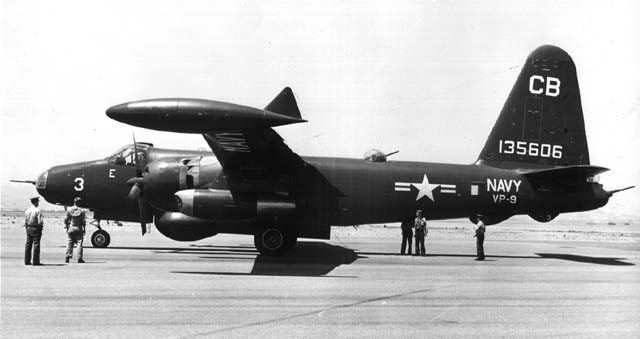 Originally starting out in July of 1943, this squadron’s was first designation was VB-146 (bombing squadron). After going through a number of other designation changes without any recorded insignia it finally became VP-ML-6 (Medium Patrol Squadron) on the 15th November 1946.

Upon the inception of this new designation the squadron was given its first official squadron insignia emblem featuring the animated icon Popeye the Sailorman. The usage of cartoon characters on unit insignia had been popularised during WWII with Walt Disney granting usage of all its characters to the US Military. The VP-6 insignia was developed by Bradley Kelly of the King Features Syndicate, it depicts Popeye astride a P2V Neptune bomber with missile in left hand and and .50Cal machine gun in the other, blazing away. Originally introduced as a minor walk-on character on the 1920's animated cinema short ' Thimble Theater', Popeye quickly became the star. With Popeye’s arrival came a host of new, off-beat funny folks such as Swee’pea, the “infink” Popeye adopted; J. Wellington Wimpy, the world’s most notorious hamburger-obsessed moocher; and Bluto, his hard-headed, lead-fisted antagonist. Popeye joined the U.S. Navy in 1941, with The Mighty Navy (1941), the first of several war-related shorts and the first time he would appear in an all-white uniform. Popeye was the one of the most popular cartoon stars from the 1930s through to the 1960s with over 753 Popeye cartoon segments existing to date. In 1950 VP-6 deployed to Korea as the first patrol squadron in the theatre of operations after the outbreak of hostilities and the first to fly the Lockheed P2V Neptune in combat. During this tour the squadron operated from Johnson AFB, Japan 7 July-6 August 1950: Tachikawa AFB, Japan, 6 August 1950-12 February 1951: and a detachment at Atsugi Japan, 5 January-12 February 1951. Combat patrols were flown over the Yellow Sea and Sea of Japan from bases in the north of Japan. Special assignments included reconnaissance flights, cover for the Inchon landings and the evacuations of Hamhung and the Chosen reservoir.

In July 1950, two VP-6 P2V-3s, piloted by Lieutenant Commander R. L. Ettinger and Lieutenant William J. Pressler, sighted a train along the Korean coast near Chongjin. The two crews destroyed the train with 5-inch rockets and 20-mm bow guns. The following month two Neptunes, led by Lieutenant Commander E. B. Rogers, attacked several boats and barges engaged in mine laying near Chinnampo. Three boats and two barges were sunk. Roger's P-2 Neptune was holed six times by enemy fire. On the same day, other VP-6 aircraft damaged two surface craft near Wonson, Korea. Later that month a VP-6 P2V-3 Buno 122940 piloted by Ensign William F. Goodman, attacked an enemy patrol vessel near Chinnampo, Korea. The starboard engine of his aircraft was damaged by enemy AAA fire and was ditched 6 miles west of Paeng Nylong-do. The entire crew was rescued by Royal Navy cruiser HMS Kenya. As a result of this loss, patrol aircraft were no longer assigned attack missions in Korea.

While on deployment in Japan, Patrol Squadron SIX acquired the name "Blue Sharks" as a result of a feature story in Collier's magazine entitled "Ble Sharks off the Red Coast". The article described the Lockheed P2V "Neptune" as a "Blue Shark." The unit took on this new moniker and went on to participate in the Tonkin Gulf Crisis with the 7th Fleet during the Vietnam war.

In collaboration with clothing brand TSPTR we have recreated the VP-6 US Navy jacket model M422A - along with the Korean era Popeye unit insignia taken exactly from the original and made on the correct military quality looms to produce a high-quality reproduction. As with all of the garments in the Elite Units section, it is subtly time worn to give the garment true vintage appeal and is our homage to this great unit. This is an officially licensed product from King Features Syndicates.