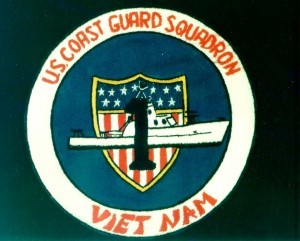 As the United States military involvement in South Vietnam shifted from an advisory role to combat operations, Military Assistance Command Vietnam (MACV) advisors to the South Vietnamese government noticed an increase in the amount of military supplies and weapons being smuggled into the county by way of North Vietnamese junks and other small craft. The extent of infiltration was underscored in February 1965 by the detection of a North Vietnamese trawler disguised as an "island" by a United States Army helicopter crew. The event would later be known as the Vung Roy Bay Incident, named for the small bay that was the trawler's destination. After the Army helicopter crew called in air strikes on the trawler, it was sunk and captured after a five-day action conducted by elements of the South Vietnamese Navy (SVN). Investigators found 1 million rounds of small arms ammunition, more than 1,000 stick grenades, 500 pounds of prepared TNT charges, 2,000 rounds of 82mm mortar ammunition, 500 anti-tank grenades, 1,500 rounds of recoilless rifle ammunition, 3,600 rifles and sub-machine guns, and 500 pounds of medical supplies. Labels on captured equipment and supplies and other papers found in the wreckage indicated that the shipment was from North Vietnam. Concern by top MACV advisors as to whether the SVN was up to the task of interdicting shipments originating in North Vietnam led to the request by General Westmoreland commanding general of MACV, for Navy assistance. 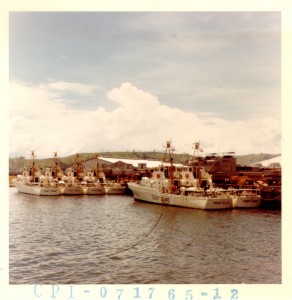 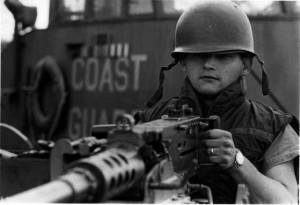 On 22 April 1965, representatives of the Coast Guard and the Navy signed an agreement where the Coast Guard would supply 17 Point-class cutters and their crews and the Navy would provide transport to South Vietnam and logistical support with two LSTs that had been converted to repair ships. Ten of the cutters were sourced from stations on the Atlantic and Gulf coasts and seven were sourced from Pacific coast stations. After removal of the Oerlikon 20mm cannon on the bow, each cutter was fitted with a combination over-under M2 Browning Machine gun / MK2 trigger and drop fired 81mm mortar and loaded on merchant ships for shipment to US Naval Base Subic Bay in the Philippines. 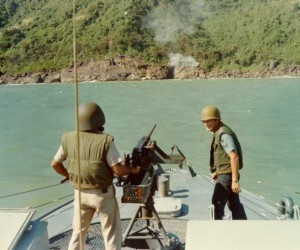 On 29 April President LBJ authorised Coast Guard units to operate under Navy command in Vietnam and to provide surveillance and interdiction assistance to Navy vessels and aircraft in an effort to stop the infiltration of troops, weapons and ammunition into South Vietnam by North Vietnamese Army (NVA) and Viet Cong (VC) forces. The combined Navy, Coast Guard and South Vietnamese Navy effort was designated Operation Market Time.

The Coast Guard presence in Vietnam was designated Squadron One which consisted CG Divisions 11 and 12. Squadron One was active throughout the conflict, with its Cutters earning the Navy Presidential Unit Citation for their assistance provided to the Navy during Operation Sealords. CG Squadron Three was activated in support of Market Time beginning March 1967 and consisted initially of five High Endurance Cutters (WHEC) tasked to the Navy for used in coastal interdiction and naval gunfire support for shore operations in South Vietnam. 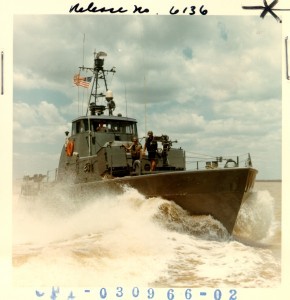 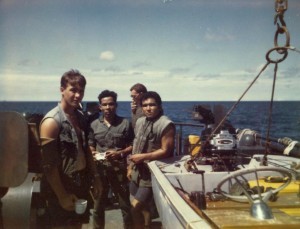 Several Coast Guard aviators served with the US Air Force 37th Aerospace Rescue and Recovery Squadron in Southeast Asia from 1968 to 1972. They were involved in combat search and rescue operations in both Vietnam and Laos.

The Coast Guard also provided Explosive Loading Detachments (ELD) to the US Army 1st Logistics Command in several locations in Vietnam. The ELD's were responsible for the supervision of Army stevedores in the unloading of explosives and ammunition from U.S. Merchant Marine ships. The ELD's were also responsible for assisting the Army in port security operations at each port and eventually were made a part of a Port Security and Waterways Detail (PS&WD) reporting to the Commanding General, United States Army, Vietnam USARV. They earned the Army Meritorious Unit Commendation or their efforts. 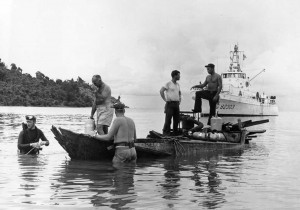 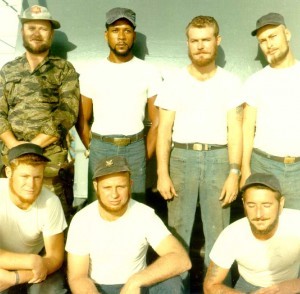 In August 1970 the Coast Guard finished turning over the patrol boats of Squadron One to the South Vietnamese Navy. The training of South Vietnamese crews had started in February 1969 and continued through to the end of operations for Squadron One. Eventually three other WHEC's were turned over to the South Vietnamese Navy. The Coast Guard's involvement in the Vietnam War ended at 12.46 local time 29 April 1975 when LORAN Station Con Son went off the air for good. Its signal was necessary for the safe evacuation of Saigon by US Embassy personnel in the final days before the fall of the South Vietnamese government and it was kept on the air as long as possible. On 3 October 1975 the Coast Guard disestablished the remaining LORAN-C stations in Thailand.Seven Coast Guardsmen were killed during the war in combat and search and rescue operations.